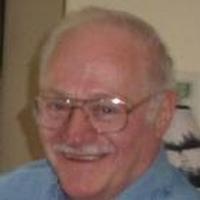 Roger was born July 6, 1934 at St. James, MN, the son of Clement and Clara (Schmitt) Starkey. He attended school and received his elementary education and grew to manhood in the area.

He and Elizabeth Anne Greske were married March 30, 1957 at Cloquet, MN and made their home in Esko and Little Falls, MN, where they raised 7 children. In 1974 they moved to Jamestown where he worked as a TV Repair man at Snow's Appliance. He later opened Dakota Radio and TV in Valley City. After selling his business, he became a bus driver for James River Transit and the Jamestown Public School until 2015.

He was a member of the Basilica of St. James in Jamestown. He enjoyed collecting coins, hunting for treasures with his metal detector, reading western novels and traveling.

To order memorial trees or send flowers to the family in memory of Roger &#39;Buster&#39; Starkey, please visit our flower store.