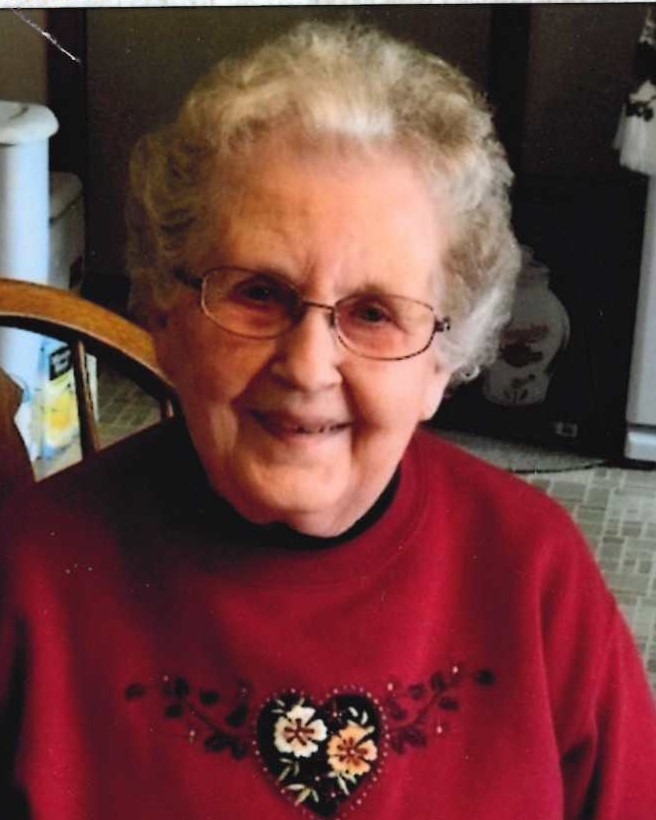 Phyllis was born, May 5, 1928, in Jamestown, ND, the daughter of Art and Blanch (Miska) Tranmer. She began her education in Cleveland, ND, until the family moved to Gackle. Here Phyllis continued her education and graduated from Gackle High School, in 1946. Upon graduating, she began working at the Gackle Post Office, as a clerk. She continued working with the Postal Service for the next 31 years.

Phyllis and Oliver Otto were united in marriage on February 9,1952, in Bismarck, ND. They made their home in Gackle, where following the death of Oliver, on July 30,2015, Phyllis continued to live.

Phyllis attended Grace Baptist Church and was a member of the American Legion Auxiliary. She enjoyed bowling, gardening, cooking, baking, doing word and jigsaw puzzles and just being in her home.

Phyllis was preceded in death by her parents, husband, and her cousin/sister, June Lawrence.

IN LIEU OF FLOWERS, THE FAMILY REQUESTS MEMORIALS TO: GACKLE AMBULANCE  OR  GRACE BAPTIST CHURCH, GACKLE

The funeral will be recorded and uploaded late Friday afternoon.

To order memorial trees or send flowers to the family in memory of Phyllis Otto, please visit our flower store.