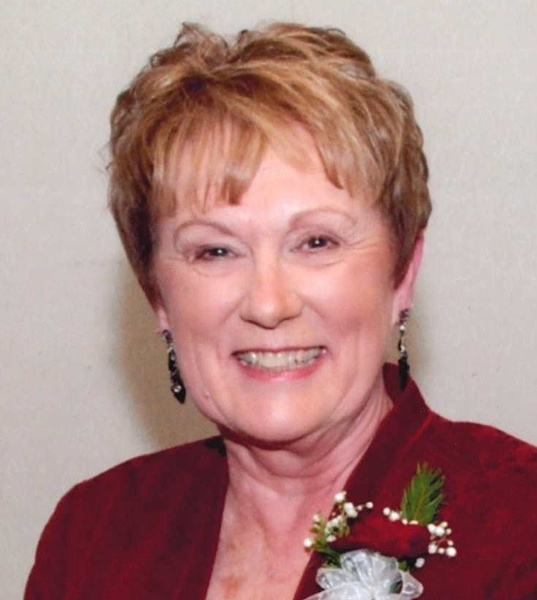 Terryl Anne (Petersen) Ukestad, a retired nurse and longtime resident of Jamestown, North Dakota, died Monday, November 8, 2021 at the age of 77 after a short, but hard fought battle of gallbladder cancer.

Terry was born in Valley City, ND on August 28, 1944 to Dalton and Anne Petersen. She graduated from St. Catherine’s High School in Valley City, ND. Terry continued on to Sisters of St. Joseph School of Nursing of ND in Grand Forks, ND where she received her degree in Nursing. On August 6, 1966, she married Larry, her high school sweetheart. She started her nursing career in Fargo and Valley City, ND. Then in 1970, she worked as a Registered Nurse in the Operating Room for the next 43 years at Jamestown Hospital. She maintained her nursing license in the state of North Dakota for 50 years.

In that time, Terry became a breast cancer survivor, part of the Reach To Recovery (breast cancer support program) for 30+ years, raised and managed five children, she was an avid supporter of sports/activities as a wife, mother, and grandmother, active at St. James Basilica, and volunteered at Jamestown Regional Medical Center. Terry has always enjoyed spending time with family and friends. She had a great sense of humor and contagious laugh. She has been a caregiver at work, in the community, and at home. Her selflessness and compassionate caring will never be forgotten.

To order memorial trees or send flowers to the family in memory of Terry Ukestad, please visit our flower store.