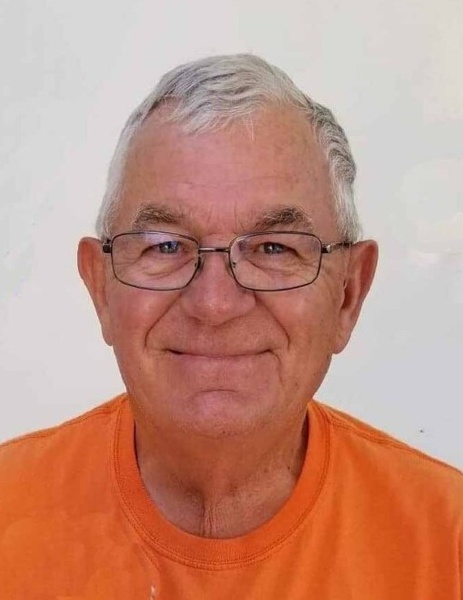 Skip was born May 10, 1944 in Minneapolis, MN the son of Harold, Sr. and Darlene (Weber) Calkins.  He received his elementary education in St. John’s Academy.  He grew to manhood in the vicinity where he helped on the family farm.  In 1964 he started his own trucking business.

He entered the United States Air Force March 1, 1966 at Fargo, ND.   He was honorably discharged October 1, 1969 at McCoy Airforce base in Florida.   He returned to North Dakota were continued to owned and operated his trucking business until 2011 and he started working for area farmers until 2018.

He and Kathryn Solyntjes were married October 12, 1990 in Jamestown, ND.

He was a member of St. James Basilica, Knights of Columbus and the VFW.  Skip enjoyed tractor pulling, dune buggy racing, fishing, and camping.  He also enjoyed spending time with family and friends.  He liked being outdoors working in the yard and venturing out on his side by side.

He was preceded in death by his parents, 1 brother, Tim and 1 sister, Marie Sjostrom.

Funeral Service will be at 10:30 AM Saturday February 20, 2021 in the Haut Funeral Home and Celebration of Life Center in Jamestown, ND with Father Paul Kuhn presiding.

VIDEO RECORDING  of the service will be on this page later in the day on Saturday.

To order memorial trees or send flowers to the family in memory of Skip Calkins, please visit our flower store.