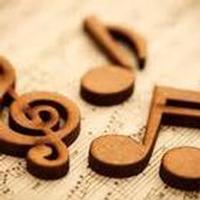 Ronald Barnes was born December 21, 1946 in Williston, ND, the son of Grady E. Barnes and Mary Ellen (Merrymon) Barnes. He received his education in the vicinity and received his GED certificate.

He entered the US Navy and served for 5 1/2 months before his Honorable Discharge.

He worked as a general laborer in Jamestown area for many years.

He entered the Frazee Care Center in Frazee, MN in 2009 and has resided there since.

Ronald was a long term resident who enjoyed playing his baroque alto recorder for himself, staff, and other residents. His recorder went with him on his numerous trips to the ER or hospital. He was a skilled musician and during a recent hospitalization, he woke up after being very sick and played a very lengthy and intricate Bach or Mozart piece that he said "I didn't even know I knew it." He would ask the staff to record himself playing and would send cassette tapes as a thank you to hospital employees who cared for him during his many hospitalizations. His favorite snacks were Cheetos and Coke.

He enjoyed copying favorite Scripture passages and handing them out to anyone whom he felt needed an encouraging word.

It was very important to him that in the past year when he felt most vulnerable and medically fragile, he built a new-found trust in his half-brother, Daniel Welsh; that gave him a sense of peace.

To order memorial trees or send flowers to the family in memory of Ronald B. Barnes, please visit our flower store.