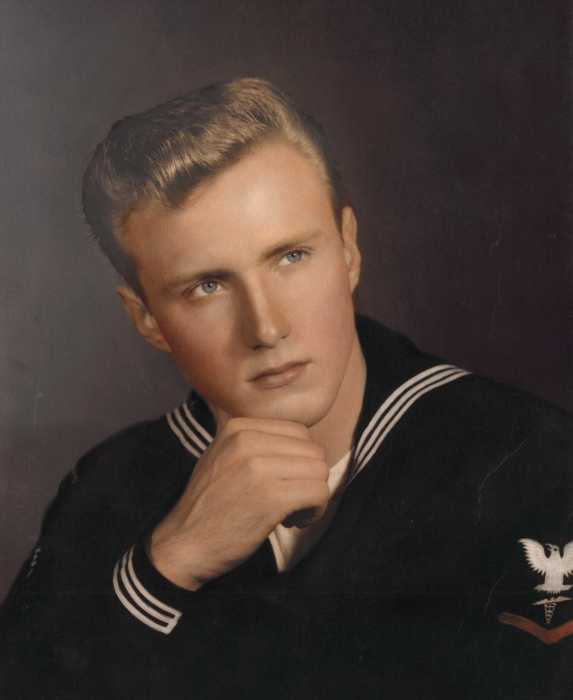 Rodney Roaldson, 77, Courtenay, ND passed away on Saturday evening, September 7, 2019 in his home near Courtenay.

Rod was born August 21, 1942 at New Rockford, ND, the son of Merril and Betty (Carlson) Roaldson.  He started school in Corinne Township then went to Courtenay Public School.  He finished his schooling in New Rockford.  He enlisted in the United States Navy in 1960.  He completed his basic training and Med School at the US Naval Hospital Balboa at San Diego, CA.  He served 3 years of active duty and 3 years in the reserves where he was a Hospital Corpsman 3rd Class.  During his active duty he was stationed at the US Naval Hospital in Guam where he worked in general med and OBGYN pre-natal, delivery and post-natal care.  He also worked on the sickbay staff and as the medical supply person on the USS Pine Island AV 12 West Pack Pacific Fleet Flag Ship.

Upon the conclusion of his service in the Navy he enjoyed the variety of many different temporary employment opportunities. He worked a short time for the New Rockford Lumber Yard.  He also worked for Archie Campbell Construction, where he worked on the I-94 exit to Medora.  Upon the completion of the exit he began employment at the State Hospital in Jamestown.  After he left the State Hospital he began working with the Jamestown Park Board in the Neighborhood Youth Corps.  During that time, he also served as a night shift officer for the Midwest Patrol-Jamestown Police Department.

Rod and Janice Bartkowski were married August 28, 1965 in Courtenay, ND.  They made their home in Jamestown until 2009 when they moved to their present home west of Courtenay.  Rod graduated from Jamestown College (May 1970) with a degree in business administration and secondary education as well as completing a master’s degree from the University of North Dakota in marketing education (August 1973). His entire 35 year teaching career was dedicated to working with the students attending the Jamestown Vocational Center as the marketing education instructor and DECA advisor.  His students meant the world to him, his greatest joy was seeing the strengths in each one of them that they couldn’t and trying to bring out the best in them   He retired from teaching in May 2005.  While teaching, Rod also operated Cendak Gun Sales and Service from their home.  He retired from the gun business as well at the end of December in 2017.

He was a member of several organizations & clubs, but probably most proud of being a founding member of the Jamestown Chapter of the United Sportsmen of North Dakota.  He was an active member and enjoyed participating in all of their activities including the clean-up of the rifle range, bird seed giveaways, and their biggest event of the year which was the annual banquet.

He was deeply loved and shall be missed by his wife Janice, Courtenay, ND his three children and five grandchildren.  James (Tara) Jamestown, ND and children Megan, Ella and Brooks.  Jon (Janine) Bismarck, ND and children Madeline, and Anna. Daughter Rhonda, Jamestown ND.  He was a devoted husband, loving father and grandfather who supported his children and grandchildren throughout all of their extra-curricular activities. He is also survived by sisters, Barbara Munson, Fargo, ND, Marilyn Nicholson, Carrington ND, brother Dennis (Lynda) Roaldson, Jamestown ND and sisters Lisa Schafer, Carrington, ND and Lori (Randy) Lura, Carrington, ND along with many nieces and nephews who carried a special place in his heart.

He was preceded in death by his parents and brother in law, Kenneth Munson.

In lieu of flowers donations may be made to JRMC Cancer Center, Jamestown All-Vets Club.

To order memorial trees or send flowers to the family in memory of Rodney Roaldson, please visit our flower store.
Send a Sympathy Card