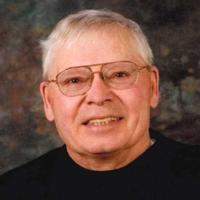 He entered the United States Navy November 15, 1955 at Fargo, ND. He was discharged September 8, 1957 at San Diego, CA. Following his Discharge he returned to ND and attended ND State School of Science in Wahpeton, ND. Robert also served in the United States Army Reserve from 1975 until he retired from the USAR in 2004. Robert served as a member of the 447th Medical Clearing Company.

Robert was a Member of the Basilica of St. James, VFW, American Legion, and the Knights of Columbus.

Robert was preceded in death by his parents and sister Bonni Schilling, and nephew, Jason Schilling.

Mass of Christian Burial - 2:00 PM Tuesday May 30 2017 in the Basilica of St. James in Jamestown, ND with Father Robert Keller, officiating

Jamestown, ND 58401
To order memorial trees or send flowers to the family in memory of Robert E. Nordine, please visit our flower store.