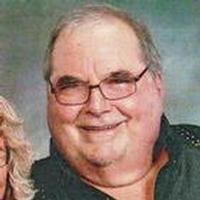 It all began on March 23, 1943, in Bismarck, ND. Ray C. Miller and Dorothy Alice (Fallgatter) Miller welcomed little Bobby into this world. Bobby began his shenanigans early in life, never letting up. On December 23, 2014 Bob declared, "The party is over!" He died peacefully at his home with his family.

Bob was a unique man, often with ideas only he understood. He was extremely knowledgeable and was never at a loss to share his expertise with one and all. If you had a question it was never "ask Google" it was ask Bob!"

Those who knew Bob well, knew he often became obsessive with the things he liked. He was an avid collector of many things, including: trains, toys and movies.

He took great delight in being the "biggest kid on the block!" He was truly the "boy with the toys." Bobs uniqueness extended to his fashion sense. He took fashion cues from no one, his signature style was shorts, suspenders and crocs, anything more was pure overkill!

Bob lived his life to the fullest. He took great pride in owning and operating Bob's House of Pizza in Jamestown for many years. He always thought a pizza and a coke should be part of any celebration. His career path included being the gaming manager for Alpha Opportunities, working in the deli at Hugo's and of course his many years as an artisan, displaying his many talents at craft shows across the upper Midwest. This is where he enjoyed meeting new people, and sharing many conversations. Bob was never at a loss for words.

Bob loved all types of music, which led to him become a proud member of the Jamestown Choralaires for many years.

Bobs passions extended to photography, gardening and parenting. His parenting passion was shared with his wife of 34 years, Liana. Together they opened their doors at all hours of the day and night to over 70 foster children. Two of these children were so special they were adopted into the family.

Bob was preceded in death by his parents: Ray & Dorothy Miller of Valley City, ND.

In Lieu of flowers, contributions may be made to Jamestown Hospice.

In keeping with Bobs fashion sense, the family wishes for those attending the service to arrive in casual dress. Crocs optional!!

Memorial Service will be held Friday, January 2, 2015 at Atonement Lutheran Church in Jamestown, ND at 2:00 P.M.

To order memorial trees or send flowers to the family in memory of Robert R Miller, please visit our flower store.
Send a Sympathy Card