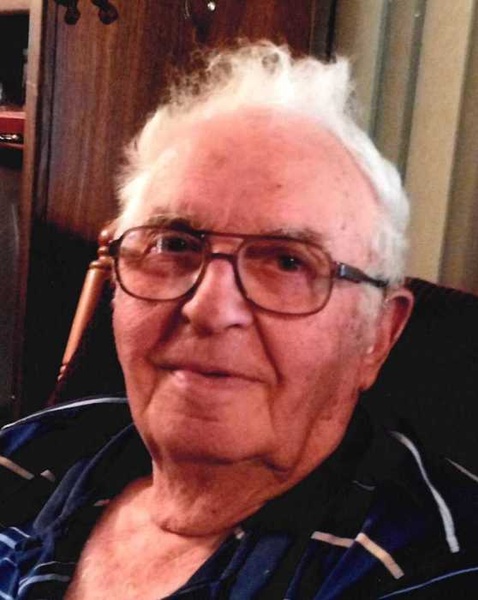 Robert was born June 4, 1926, at the family farm home South of Streeter, ND, the son Fred and Mary (Speidel) Dewald. He received his elementary education in the local rural school and grew to manhood in the vicinity.

Robert and Violet Holmstrom were married November 27, 1954 at Moorhead, MN. They made their home SE of Gackle where he worked for the Homola Moving Company until moving to Jamestown in 1960 where he worked for the City of Jamestown doing maintenance work. In 1974 he went to work at Western Gear and retired in 1989. Following the death of his wife in 2018 he continued to reside in Jamestown.

He was a member of Trinity Lutheran Church.

Robert was preceded in death by his parents, his wife, 2 brothers and 1 sister.

In lieu of flowers the family requests memorials to Trinity Lutheran Church, JRMC Hospice or the James River Humane Society

To order memorial trees or send flowers to the family in memory of Robert Dewald, please visit our flower store.