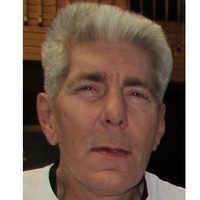 Rick was born December 3, 1961 in Aberdeen, SD the son of Charles and Genevieve (Lickfelt) Kumpf. He grew up with his family living in South Dakota and Minnesota. At the age of 17, he ventured to Minneapolis, MN where his adventures really began; over the years he settled in Oklahoma and Texas before coming back to the Midwest.

He worked for many years in the food and health service industries; making friends from all over the country. Rick enjoyed traveling to warm climates, attending country music concerts, and spending time with his family.

He was preceded in death by his parents and one brother, Randy Kumpf.

A memorial service will be held at a later date.

To order memorial trees or send flowers to the family in memory of Ricky Kumpf, please visit our flower store.