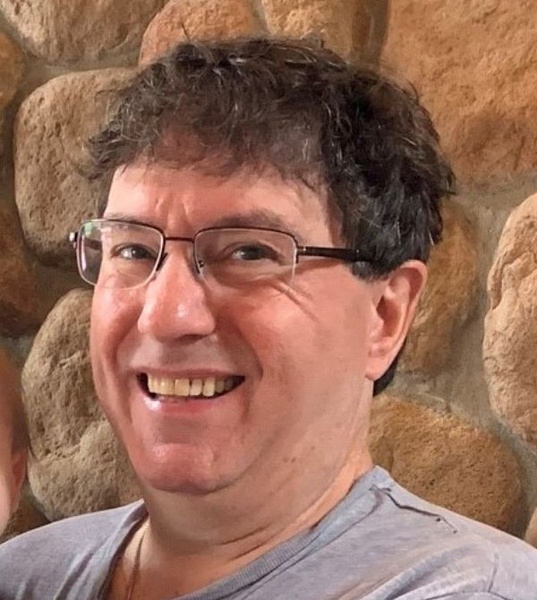 Richard was born November 23, 1957 at Jamestown, ND, the son Charles Robert LeFevre and Elaine Marie Paiement. He received his elementary education at St. John’s Academy and graduated from the Jamestown High School in in 1976. He entered the United States Navy served on the USS Guadalcanal in Norfolk, VA from September of 1977 to November of 1980 as a computer operator and data processing supervisor. He then served at the Alternate Nation Military Command Center in Ft. Ritchie, Maryland until November of 1984. He was a computer operator and manager of the computer operating department. Following his discharge from the Navy in 1984 he returned to Jamestown to work in the family business, Century Brand Steele Building, in the account and warehouse divisions.

He and Donna Lauinger were married December 2, 1989 in Jamestown, ND. They made their home in Jamestown where he continued his education at NDSU in Accounting and Business Administration, he graduated in February of 1992. He worked for various temp and on-call accounting positions in Bismarck, Minneapolis and St. Paul, MN. In 1995 he began his most joyous and rewarding vocation in life, being a stay-at-home dad to raise his two daughters. In 2006 he started working for Walmart in Jamestown. His goal was to reach his 15-year anniversary at Wal-Mart, which he did 4 days prior to his death.

He was a member of the Basilica of St. James in Jamestown, ND and Knights of Columbus.

He was preceded in death by his parents, 2 brothers Mark and Tom and his mother and father-in-law, Isabelle and Kasper Lauinger.

Mass of Christian Burial will be at 1:00 PM Saturday November 20, 2021 in the Basilica of St. James in Jamestown, ND with Father Neil Pfeifer, presiding.

In Lieu of Flowers the family prefers memorials to St. Johns Academy https://stjamesbasilica.weshareonline.org/

“We were together. I forget the rest.”

…..is a saying whose meaning says so much about my life with Dick, my husband. We were together and what greater gift could one ask for from God. What more in life is there on this earth, than being together with those you love. We were together for almost 32 years as husband and wife, but actually knew each other since the first grade where we started St. John’s academy together. In fact just last Sunday when visiting my Uncle Jim in the hospital, Dick again for the 100th time mentioned his memory of me as a tall girl with very hairy arms in the 2nd grade.
Together in those 32 years we had ups and downs, as most marriages do. We brought into the world two daughters who he loved with all his heart raising them as a stay-at-home dad for much of their childhood. Annual vacations to Wisconsin Dells, where he himself never put a toe into the water, but watched us get soaked; traveling to his daughters’ golf tournaments for 8 years across the state; vegetable soup and pecan pie every Thursday at the Depot, teaching them to water and snow ski, over-indulging on cruise ship buffets, were all done together as a family. Every phone call or visit with the girls, and his grandson Jakob and son-in-law Andrew always ended with … I love you and God Bless. In every meal prayer, he didn’t just thank God for our food, he asked for blessings on his children and grand-child, his brothers and sister, aunts and uncles, and those in need of prayers.
These are a few of my memories, I forget the rest,…… but we were together as a family.
Dick was an intelligent, compassionate man with a great sense of humor and zaniness, once you got past the shy persona you first met. I often said he missed his calling as a history professor. He could pull out historical facts regarding wars, countries, politics, dates….you name it. I would quickly forget after getting a history lesson from Dick, but he never did, storing it away for the next time he was asked a question.
Dick served our country in the US Navy for 6 years. He told me he decided not to re-enlist, because he wanted to be back with family, he wanted a wife and family life, he wanted to be together. During his time in the Navy he served on the ship USS Guadalcanal and at the Alternate National Military Command Center in Ft. Ritchie, Maryland where he worked on computers as an operator, supervisor, and manager. This was a high security clearance US military installation in an underground nuclear bunker, also known as the underground Pentagon. When I asked him what he did there, he said he couldn’t tell me. This memory I don’t want his family to forget, because he was proud of what he did for our country. In the last few years, he was given a Navy cap, by someone he didn’t even know, who wanted to honor him for his service. He wore that cap with pride and would hand it to his grandson Jakob to wear after coming home from work. That cap will be Jakob’s to remember his Papa Dick by.
In ending, Dick was a man of great faith, great belief in the Catholic Church and its teachings, and worked his entire life on getting to where he wanted to go….to be together with God and Christ Jesus in Heaven. When he stumbled, he asked God to forgive him, prayed harder, held his rosary, and kept going. Along the way he lifted up my faith and hope in Everlasting life.
Father Kuhn said at Maria’s wedding this past May, that the greatest thing that you can do for your spouse, is help them get to heaven. That’s what Dick did for me, he was always trying to help me and his family get to heaven.
I believe he is now where he wanted to be……together with God and Christ Jesus and his loved ones who went before him…together.
What more is there now than being together in Heaven. I forget the rest.

Thank you to all who join us, all together, to honor Richard with your kind words, and acts, and prayers.

To order memorial trees or send flowers to the family in memory of Richard LeFevre, please visit our flower store.