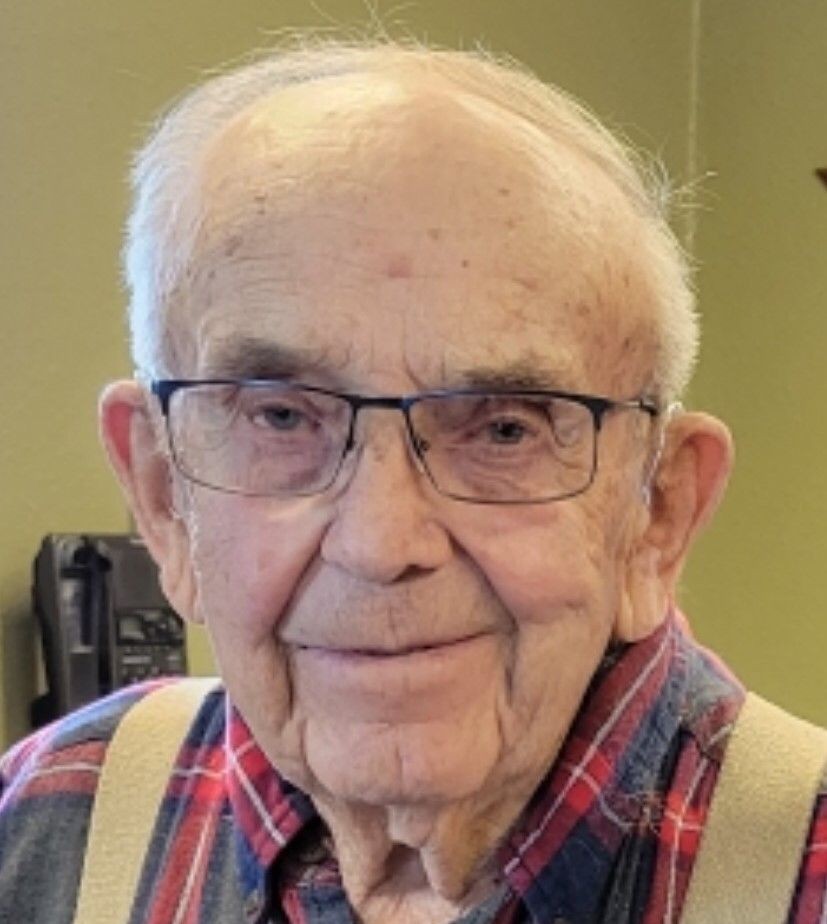 Richard Reuben Ben was born July 5, 1933, north of Alfred, ND, the son of Peter and Martha (Koenig) Ben. He grew up working on the family farm. At the age of 10 he began working for area farmers. He and his siblings walked 3 miles twice a day to a one room school house in Alexander Township where he received his education.

Richard married Mavis Juanita Suko December 6, 1955 at the Grace Baptist Church in Gackle, ND. In 1961 they moved to Richard’s grandparents farm where they farmed and ranched. They grew crops and raised many kinds of animals, but Richard most enjoyed his chickens, especially exotic breeds. By combining specific grains his birds achieved maximum egg production. Richard was a precision farmer before the term existed. He took great pride in straight fields and would be known to narrowly miss his flag person with the sprayer boom. Richard loved to fork bales and enjoyed lining them up into meticulous rows. His love of farm machinery translated into an extensive collection of farm toys from horse-drawn to modern day. Richard loved his grandchildren and great grandchildren.  He showed that love in a unique way, by teasing and scaring them. He could dish it out but couldn’t take it!

Richard was a member of Grace Baptist Church in Gackle. He served in various ways and loved the Lord with all his heart.

Richard was preceded in death by his beloved wife Mavis, his parents, 4 brothers, 1 sister, and 2 great grandchildren before birth.

The recordings of both services will be available below.

To order memorial trees or send flowers to the family in memory of Richard Ben, please visit our flower store.
Send a Sympathy Card