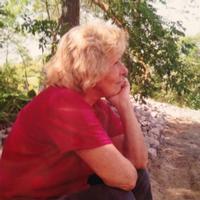 Regina B. (Fettig) Fetzer was born on August 22, 1940 in Selz, ND to Emmanuel and Rose (Kraft) Fettig. She was the 12th of 17 brothers and sisters. She attended school in Selz, ND until 6th grade and later in Harvey, ND where she graduated in 1959.

On March 30, 1959 she married William (Bill) Fetzer in Harvey, ND. They made their home in Jamestown, and later moved to Eldridge, where they had a Hobby Farm which included a huge garden, raising ducks, chickens, pigs, cows, sheep, and horses. They later sold the farm and moved back to Jamestown.

Her last employment was working at the NDSH where she worked as a CNA for 20 years before retiring in 2002. She also spent many years as an active member of the VFW Auxillary. However, being the giving, energetic person that she was, she could not just sit around at home. Once she got all of her “projects” done she gave endless hours volunteering both to the Salvation Army and Goodwill. She found joy in finding many “treasures” to share with her family.

A private family service will be held at a later date.

In lieu of flowers the family is requesting donations be sent to JRMC Hospice Care in her name at 2422 20th St SW, Jamestown, ND 58401.

To order memorial trees or send flowers to the family in memory of Regina Fetzer, please visit our flower store.
Send a Sympathy Card