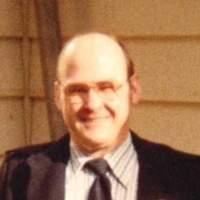 Ray was born February 9, 1947 at Dickinson, ND, the son of Anton J. Hushka and Maryann (Klemm) Hushka. He attended school at Dickinson and graduated from Dickinson Central High School in 1967. He then attended the Anne Carlson School for Business education plus program. In 1970-1971 he attended Capital Commercial College at Bismarck.

Ray and Sandra Carol Geigle were married August 20, 1972 at Montpelier, ND. They made their home in Jamestown where he did Janitorial work for Bob’s House of Pizza, the Heart Association, Randy’s Restaurant and Building Blocks. Following the death of his wife in 2006 he continued to reside in Jamestown.

Ray was a long time member of the Jamestown Congregation of Jehovah’s Witnesses. As part of the congregation he was loved and will be missed.

He was preceded in death by his parents, his wife, 1 brother, Jay and 1 sister, MaryAnn Kramer.