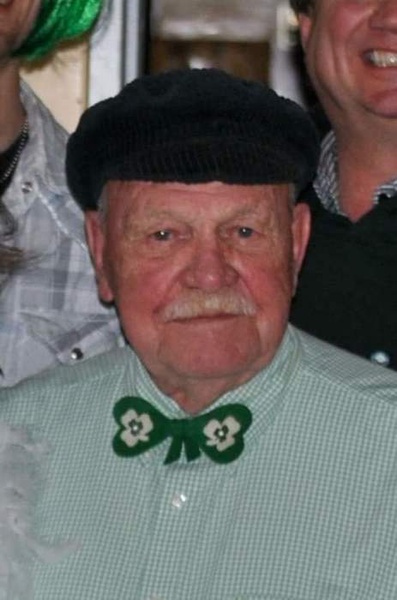 Patrick was born January 4, 1930 at Chicago, IL, the son of Michael and Susan (McCullaugh) Caulfield. At an early age he moved to Jamestown, ND where he graduated from Jamestown High School in 1948. He attended Jamestown College for 1 year.

He joined the ND National Guard in 1948 and entered the US Army January 16, 1951 at Jamestown and served in the Korean Conflict. He was discharged May 1, 1952 at Camp McCoy, WI with the rank of SGT.  Patrick was not drafted but volunteered in placement of a young man having a new baby.

In 1952 he started his career with Ottertail Power.  Patrick and Kathleen A. Lewis were married June 25, 1955 at Jamestown. They made their home in New Rockford where he worked as a service representative for Ottertail for 40 years serving the communities of New Rockford and Sheyenne. He bought the New Rockford Theater with co-owner Richard Johnson, a good friend, and ran it for 23 years.  They moved to Jamestown where they have continued to reside.

He was preceded in death by his parents, and 2 brothers, Michael and Thomas.

To order memorial trees or send flowers to the family in memory of Patrick Caulfield, please visit our flower store.