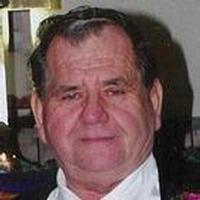 Myron Hehn was born May 11, 1943 at Jamestown, ND the son of Ernest Hehn and Bertha (Rivinius) Hehn. He attended Gackle Public School where he received his elementary education. At the age of 15 years old he started working in the construction business.

He and Caren Maier were married May 26, 1963 at Streeter, ND. They made their home in Gackle. In 1967 they moved to the Hehn farmstead north of Gacke, where they farmed and resided. Following the death of his wife August 22, 2003 he continued to reside on the farm.

He and Sharon Kinzler where married January 13, 2007 in Jamestown, ND, and made their home there. They moved to Bismarck, ND in November of 2007 and have continued to live there.

Myron attended the Grace Baptist Church in Gackle and the Cornerstone Community Church in Bismarck. Myron enjoyed wheeling and dealing with area car dealers. He also enjoyed hunting, fishing and his miniature horses. His true passion though was farming.