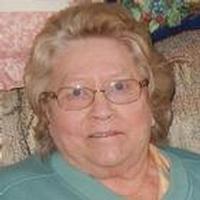 Lorraine Schlenker was born December 29, 1929 at Jud, ND, the daughter of Henry Jr. and Merle (Carlson) Schlenker. She attended the local school where she received her elementary education and grew to womanhood in the area.

She and Rudy Schelert were married in Missouri, they made their home at St. Joe, Missouri where they resided. Following the death of Rudy she returned to Jamestown where she has continued to reside.

She was a member of the Church of God 7th day in Alfred.

She was preceded in death by her parents, her husbands, daughter-in-law, Rita; 3 brothers and 1 sister.

In lieu of flowers the family requests donations be made to the Church of God 7th Day Cemetery Association.