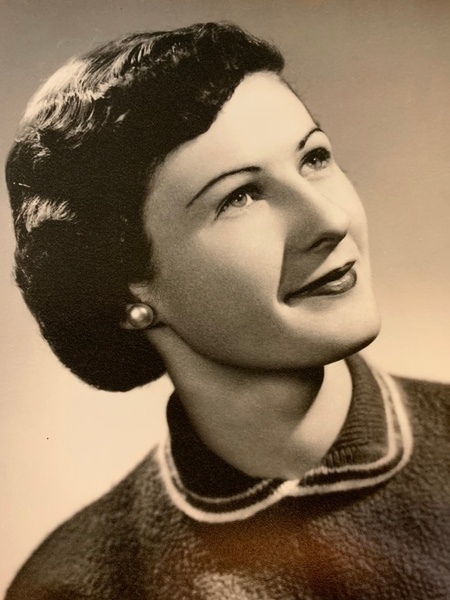 Leona was born August 15, 1936 to Rudolph and Esther (Krueger) Ruff in Guyson, ND, where she lived into her teen years.  She graduated from Kulm Public School in 1955 and taught school for a few months at the Finn School North West of Fredonia.

On November 4, 1955, Leona married Arven Arthur Janke and they made their home on a farm six miles north of Fredonia ND where they raised five children and farmed until 2001, when they moved to Kulm.  After Arven’s passing in 2010, Leona lived in Kulm, Jamestown, and Fargo ND where she resided until moving into Villa Maria in January 2020.

Leona was active in her church, playing organ at Martin Luther Lutheran Church for many years.  Leona was also active in the American Legion Auxiliary Post #260 where she held various office positions and volunteered at legion sponsored events.  She loved living on the farm, she loved her dairy cows, and especially her “Dear John”, the 830 John Deere tractor she liked to plow with. She gardened, raised chickens, geese, ducks, turkeys, and canned anything that could be preserved for feeding her family throughout the year.

Leona is preceded in death by her husband, Arven, and parents, Rudolph and Esther Ruff, and one nephew.

To order memorial trees or send flowers to the family in memory of Leona Esther Janke, please visit our flower store.