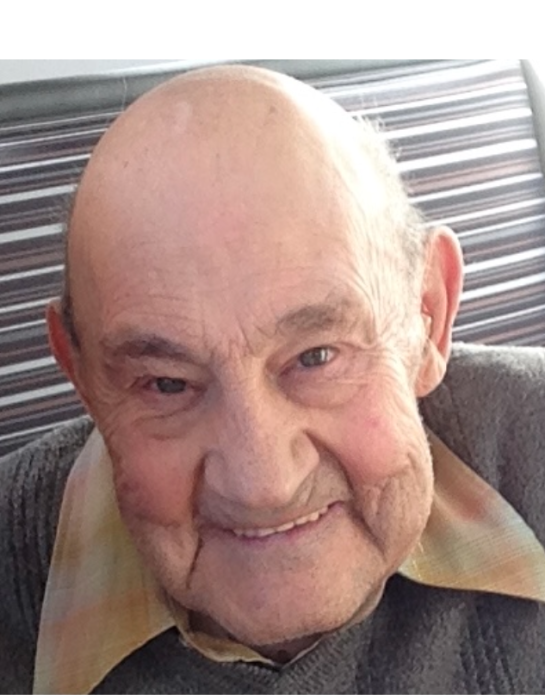 Kasper was born May 9, 1933 on the family farm near Strasburg, ND the son of John Lauinger and Frances (Scherr) Lauinger.  He received his education in the local rural school and grew up and lived on the family farm until he married.

He was a member of the Basilica of St. James in Jamestown, ND and the Jamestown Classic Car Club, owning a 1957 Chevy, his first car in married life.   In his younger years he was involved in Bowling and Horseshoe Leagues.

Two words can best describe Kasper…. Love and work.  His love for others shown through in so much of what he did.  He loved to BE with family and friends…. young and old.  One of his greatest joys and comforts after losing his wife so early in life, was spending time with his brothers and sisters, in-laws, nieces and nephews, and friends.  He loved to travel to visit Janice, his family and friends and would reach out to everyone he knew when he arrived.  Eating a meal together, playing a game of cards, or just a simple visit brought him joy, just because he was with someone he loved.  Each summer he would organize a picnic in his garage for all who could come and be with him.  The more who came, the happier he was.

Being with his two grand-daughters as they were growing up brought the greatest joy to his life and to theirs.  He played hide-and-seek, pulled them in their wagons, played with their dolls, and was the best babysitter there could be.  As they grew up, he was there for them at their concerts and sports and pageants.  In the last two years of life, he knew the love for a great grand-son who jumped on his bed and laid across his chest in a big hug.

He loved to HELP family and friends and his generosity knew no bounds.  Many people were recipients of his jars of home-made borscht and noodle soup or bean soup.  His other specialties included potato salad and dumplings.  If he was helping or giving to someone…he was happy.  Doing the dishes, helping with yard work, or building shelves for others was all done in the name of love.

Finally, he loved to HAVE FUN with family and friends. He liked to play!  Long nights of card-playing, short games of Old Maid, Horseshoes, Bocci Ball, going down water slides, swimming at the Jamestown Dam or snorkeling in Hawaii, fishing, driving his 57 Chevy in the parade with kids throwing candy out the windows are all times he enjoyed with his family and friends.

Finally, as the good German-Russian that he was, in all respects, he loved and lived out that German work ethic.  Starting early in life he worked on the family farm.  His father died when he was 17.  He and his two brothers Leo and John were left to work the farm and get their younger brother and sisters to school.  His brother Steve remembers Kasper taking them to school with the horse and wagon.

After leaving the farm, he worked hard in construction jobs and truck driving his entire life which brought on his physical challenges as he aged. We joked he was like the cat with nine lives because he had several stories about all the close calls, he had throughout his work life.  A few stories during his construction years: Once a large pipe fell on him.  He looked up just in time for it to miss his head and it fell on his foot instead, breaking his foot but sparing his life.  Another time a wall of dirt caved in around him up to his chest.  He didn't realize all the other guys had gone in for a coffee break.  He was left alone to dig himself out with his hands.  He said he felt quite panicked by that one.  There was another job where he had to climb down into a sewer to clean it out and was down there for too long and became unconscious from sewer gas poisoning.  His fellow workers pulled him out.

He was always working around his home mowing his two-acre yard, stubbornly battling every dandelion, gardening, watering his evergreens and flower beds, or tinkering in the back garage.    He was very proud of a beautiful rock and flower garden he created in the middle of the front yard and always kept a vegetable garden of onions, cucumbers and tomatoes in his back yard.  He was a builder and again many were recipients of his handy-work – wishing wells, cedar chests, toy boxes, and Christmas sleds.  His creations also included a child-size cupboard for us girls when we were young which was ground zero of our play zone.  He also helped with the building of his home and up until the end, could recall how a rock in the fireplace he was building fell out, narrowly missing his head.

In the end unfortunately, Dad couldn’t do much of what he loved in life anymore or be with family members and friends he loved.  Dementia and limited mobility changed that.  He still enjoyed putting puzzles together, holding his great-grandson when he got the chance, and he always looked forward to the next meal or snack. But I think he would think about some of those earlier times, because I would hear him talking to others who I couldn’t see in a conversational way that he could never do with us anymore.  And I hope that brought him happiness.

He asked just about every night if I would take him home.  We would try to tell him, “you are in your home.”  And in his famous words, would respond “this is my home?.well that’s more than I know.”  Now he IS home with those he loved, his wife, Isabella, his mother and father, his brothers and sisters and many friends who went before him and his heavenly Father who he loved most of all….and we'd like to think he’s having fun and working and playing hard again.

Thank you to all who entered his life and who loved him.  And a special thank you to a special friend and brother-in-law, Uncle Jim, who faithfully called him until the very end and patiently answered for the 100th time Dad’s questions about where he lived and what he did and when could they get together to visit again.

Mass of Christian Burial will be at 2:00 PM Wednesday February 3, 2021 in the Basilica of St. James in Jamestown, ND with Father Bernard Pfau, presiding.

Interment will take place in the Calvary Cemetery in Jamestown, ND following the Mass.

Video recording of the service at www.hautfuneralhome.com

To order memorial trees or send flowers to the family in memory of Kasper Lauinger, please visit our flower store.
Send a Sympathy Card