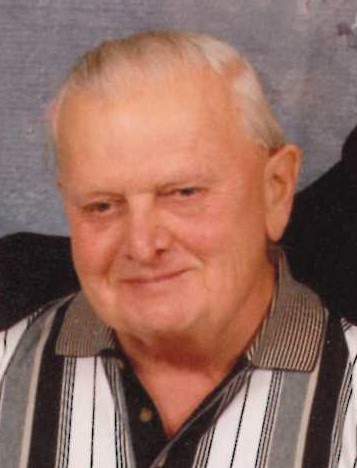 Joseph N. Stroh, 76, of Jamestown, ND, entered life eternal on September 4, 2020. He passed away quietly at Essentia Hospital, Fargo, ND surrounded by his family after some chronic and more recent health issues.

Joseph was born July 5, 1944, in Aberdeen, SD to Joseph and Elizabeth (Reiss) Stroh.  Joseph and his parents moved to Sanborn, ND when he was a young boy.  They resided there until Joe's approximate age of 7 or 8 when they moved to a farm Southeast of Windsor, ND. Joe attended the St. Mathias Catholic Church in Windsor in his adolescent years.

Joe attended Eldridge School until about the 8th grade and then transferred to Jamestown High School along with the rest of his family. Joe was the firstborn of 15 children.  There were six boys in the family and nine girls. He graduated after twelve years, and then entered the U.S. Army on March 15, 1966. Place of entry was Ft. Leonard Wood, MO.

Joe earned the rank of NDSM, Marksman Badge Rifle (M-14). Joe was stationed homeland only while in the Army. He was honorably discharged March 14, 1968 from Ft. Devans, MA.  While in the service he met Nancy Labbe of Massachusetts, the love of his life, whom he married and brought back to Jamestown, ND where they resided. Joe worked for the Coca Cola Bottling Company for many years until a terrible accident which left him disabled and unable to drive any longer.  Joe lost his wife, Nancy, at the age of 44 years old.   They had one child, Roger Stroh, who is a physical therapist in Fargo, ND.

Joe's hobbies included playing poker, fishing, farming with his dad when he was younger, bingo, he liked guns, drinking coffee with friends and being around his family.  And of course, getting lots of birthday cards and money from his siblings! Joe made many friends while residing in Jamestown after he lost his wife. He lived at the Jameshouse for 30 years.  The residents of Jameshouse were saddened to see him leave.  He later met Sue Alvira, who was a wonderful companion for Joe. Joe was a jovial, happy, easy going, kind, and polite person who had a gentle soul.  Due to failing health, Joe entered the Edgewood Basic Care facility in Jamestown and resided there for several years.  Many of the hospitals and nursing homes enjoyed Joe and stated he was a model resident and said they would truly miss him. He knew how to "schmooze"

those nurses too. In June of this year (2020) he was transferred to Eventide Skilled Nursing Care.  Joe loved laughing, good jokes and communicating with all his friends, relatives, sisters and brothers.

Joe never complained about his health problems and ailments and accepted everything that happened to him although at times was wondering why this had to happen to him and no one else in his family. Joe had many community friends around Jamestown who will truly miss his presence and kindness to them.

He was preceded in death by his parents Joseph and Elizabeth Stroh, his wife Nancy, one brother, Steven, two brothers-in-law Bruce Oster and Bill Altringer, and one sister-in-law, Anne, two nephews, Jerod Altringer and Jerin Stroh, and two great nephews Ethan Chadwick and Kyle Snow.

To order memorial trees or send flowers to the family in memory of Joseph N. Stroh, please visit our flower store.