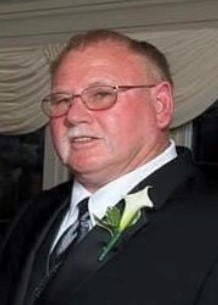 Joseph Gordon Gause, 73, Jamestown, ND died Wednesday September 29, 2021 at his home in Jamestown, ND. Joe was born March 20, 1948 at McColl, SC, the son of Daniel and Mary Helen (Conyers) Gause. He attended school and graduated from McColl High School in 1966.

He and Belinda were married December 1970 at McColl, SC where he worked at REA Magnet Wire in Laurinburg, NC. They divorced in 1974. He then moved to ND. Joe and Pamela Kronberg were married February 8, 1975 at Jamestown where he worked at Western Gear and was President of Western Gear Employee’s Assn. Following the death of his wife in 1988, he continued to live in Jamestown. He and Connie Jean Meyer were married April 18, 2009 at Jamestown where he drove cement truck for Aggregated Concrete until retiring. The last 5 years Connie was his caregiver.

Joe was preceded death by his parents, 1 half-sister, 2 half-brothers, and 4 dogs, Bogi, Brandy, Jessi and Chip.

In Leu of Flowers family prefers memorial to ND Veterans Cemetery  link below.

To order memorial trees or send flowers to the family in memory of Joseph Gause, please visit our flower store.
Send a Sympathy Card