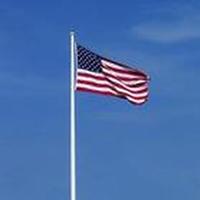 James A. (Jim) Lundquist, 81, Henning, MN, died Friday morning, January 30, 2015 after a long battle with cancer. He was at Ave Maria Village under the care of Hospice in Jamestown, ND.

Jim Lundquist was born December 15, 1933 in Clarissa, MN to Reno and Sylvia (Hayenga) Lundquist. He graduated from the Clarissa High School in 1951. He attended Macalester College in St. Paul, MN and later attended Minnesota School of Business and received his Accounting Degree.

He and Marilyn Johnson were married December 18, 1954 in Clarissa, MN. He served in the US Army from November 1953 through November 1955. During this time, they made their home in Fort Knox, KY. They later moved to Bloomington, MN and Blaine, MN. They resided in Forest Lake, MN from 1964 through 1969. At this time they moved to Pelican Rapids and lived there until 1983. They then built their retirement home on West Battle Lake and have resided there for the last 30 years.

During his working years he enjoyed camping with his family and later enjoyed RVing to warmer winter weather. He played the accordion in a dance band during high school and after retirement he played the keyboard and entertained the residents at many area nursing homes.

He was preceded in death by his brother in law, Darrell Johnson, Sister in law Anita LeNeave, and nieces Peggy Steiger and Kristi Boyer.

A memorial service will be held at a later date.

To order memorial trees or send flowers to the family in memory of James &#39;Jim&#39; Lundquist, please visit our flower store.