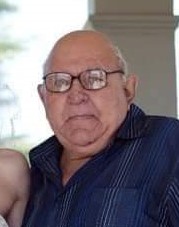 Howard was born April 11, 1933, south of Lehr, ND, the son of David and Emma (Bader) Seefried. He attended school near Guysen, ND where received his elementary education and helped on the family farm.

Howard and Lu Entzi were married April 10, 1960 at Fredonia, ND. They made their home on the farm until 1962 when they moved to Fargo where he attended school at Hansen’s Mechanical Trade School. They moved to Jamestown where he worked at Midwest Motors in the truck shop for 20 years. He then remodeled homes until 1984 when he went to work for Westend Hide and Fur until retiring in 1995. He continued to live in Jamestown.

He was a member of the United Church of Christ Congregational, the All Vets Club and enjoyed spending time with his family and gardening.

He was preceded in death by his parents, 4 brothers, Clarence, Gordon, Roger and Daniel in infancy and 1 sister, Gladys.

To order memorial trees or send flowers to the family in memory of Howard Seefried, please visit our flower store.
Send a Sympathy Card