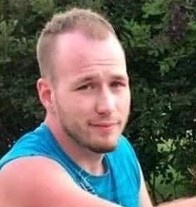 I guess this It's not your typical obituary, but my son was anything but typical.  I will try to be short, but at the same time it's so important that the world knows who my son was. My living miracle. Against all odds Gunnar NiColis DuAne Syverson (Runner) came into this world on December 23, 1992. Born in Jamestown, ND where most of his life was spent however also lived in MN, SD, TX and other areas of ND including his current residence with his dad, Robert (Bob) Schnabel in Minot. He and the love of his life Tiera Banuelos were married at Jamestown and later divorced. He worked at carpentry in Minot until moving to Bismarck where he worked as a Landscaper. He moved back to Minot where he worked as a security guard for the Dakota Pipe Line and also a bouncer at the Landing Bar & Bottle Shop.

Growing up Gunnar was the perfect child almost too perfect I remember talking to the doctor because he didn't like to get his hands dirty & though he was so so smart when he did start school he stopped wanting to do any work he finally told me it's just too easy I already know this stuff mom. He was doing his ABCs and counting to 100 before he was 2 The doctor told me because of his intelligence he was probably bored. We had a lady come and hold up flashcards to see where he was at and his possibility of preschool. the first three Gunnar was very quick with truck, house, Horse and then the fourth one (it was a fish) he sat for a moment which was odd because we lived on Lake Oahe & fished nearly every day all of a sudden he blurted out "big mouth bass" we busted a gut! Some of his other answers were very odd his favorite snacks he said Was smoked oysters, green beans or fish. He named his favorite TV show was the news, LOL.

Gunnar was in many sports at a young age including wrestling, taekwondo, gymnastics and men's Olympic gymnastics, basketball, football… He was very athletic. Growing up he spent most of his days playing outside finding anything he could ride on or climb with his cousins Dakotah and Levi they and their sister Ashley who lived with us for a spell were more like siblings to him than cousins & pretty much inseparable for many years. From a very young age he dreamt of being a motocross champion and I remember the first day I bought him a four-wheeler I nearly had a heart attack watching him out the window he was doing supermans & can-cans over the driveway! One time was giving his grandma DiAnne a ride on a snowmobile and jumped the driveway! He loved to drive pretty much anything but especially fast things. He loved more than anything to be on a motorcycle, to be wild and free.

Gunnar was the kid that everybody knew they could turn to he had a heart of gold and if you knew him, he wore that heart on his sleeve he would stop whatever he was doing & do anything to help others even if he did not know them. I have had so many people come to me and tell me that my son saved their life that he found them at their worst and brought them to their best. After much loss the good Lord gave me Gunnar and I could not be prouder to be his mom he is my greatest blessing, my living miracle & he will live on in the hearts of so many.  He always wanted siblings and now he is united with 12 of them in heaven as well as too many to count here on earth.  He had so many friends that were not simply friends but family.  He gave me many children and for that I am forever grateful.

His smile could light up a room, those beautiful blue eyes could warm any heart. I don't know a single soul that met him that didn't love him he just had a way about him.  He was so special.  He was so loved and he's going to be missed… There are just no words. The good Lord gave me my miracle but sadly he's got more plans for him from a far. I take comfort in knowing that he is in the arms of Jesus and my parents who each had an unbreakable bond with him and that I will see & hold him again.  I pray that there are fast vehicles and good music up there for him.

He is survived by his mom, Pamela Syverson, his dad Robert Schnabel; his biological father, Brent (Junette) Nelson;  4 half-sisters, Jessica and Breyanna Nelson, Desirae Otto, Lisa Burns and 1 half- brother, Curtis Nelson; his paternal grandmother, Mary Lou Retzer; and too many friends that became family to list, many aunts, uncles and cousins.  Also, his four-legged sister, Jasmine and his 3 four-legged children Doobie, Molly and Phoenix.

He was preceded in death by his 12 Angel siblings in Heaven, his grandma, DiAnne Bridgewater, Grandpa Arvin “Sonny” Syverson and step grandfather, Robert Bridgewater.

Funeral Services – 10:30 AM Friday August 28, 2020 at the Haut Funeral Chapel, Jamestown, ND (A recording of the funeral service will be available below Friday afternoon).

To order memorial trees or send flowers to the family in memory of Gunnar Syverson, please visit our flower store.