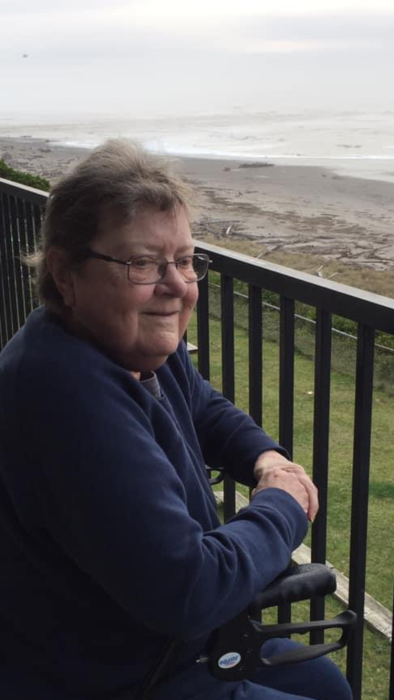 Frances Roy was born August 29, 1944 at Omaha, NE, the daughter of Robert and Velma (Olson) Roy.  She grew up and graduated from Storden High School in Storden, MN.

She and Dennis Bisballe were married November 22, 1973 at Chicago, IL. The lived in Chicago where she worked as a waitress. She later moved to White City, OR.

Frances and Wesley V. Parks were married in 1988 at Grants Pass, OR where she continued to work as a waitress. Following the death of her husband in 2002, she followed her daughter around from California to North Dakota where she has resided.

Frances was a member of the Calvary Alliance Church in Minot and later the Bethel Assembly of God Church in Ashley, ND.  She loved reading, gospel music, the food network, crocheting, a huge Clint Eastwood fan, but especially spending time with her grandchildren.

Frances was preceded in death by her parents, husband, 1 son, John and grandson, Darrel.

Frances’ wishes were to be cremated with no services.

To order memorial trees or send flowers to the family in memory of Frances Parks, please visit our flower store.
Send a Sympathy Card