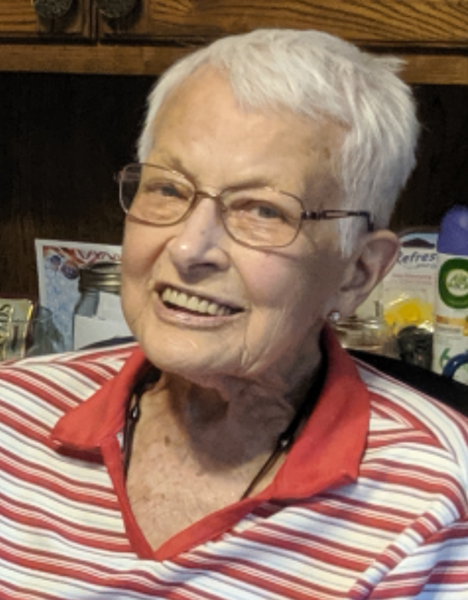 Esther Roesler was born April 7, 1928 at Lehr, ND, the daughter of Fred Roesler and Amelia (Kanawischer) Roesler.  She attended the local rural school and grew to womanhood in the Lehr, ND area.

She and Emil Graf were married October 6, 1944 at Streeter, ND.   They made their home on a farm Southwest of Streeter where they farmed until 1956 when they moved into Streeter.   Esther worked for Remboldt’s Clothing in Gackle for ten years.  She also worked at the Elkhorn Bar, Streeter Grocery, Dewald’s Fairway, Farm and Home Hardware Store and various other jobs.  Following the death of her husband November 8, 1993 she has continued to reside in Streeter.  Esther also drove school bus for many years.

She was a member of the Hope United Church of Christ in Streeter, ND, and attended Ebenezer United Methodist Church.  Esther enjoyed her garden and cats.

She was preceded in death by her parents, her husband, son-in-law, David, 3 brothers, Albert, William, Theodore, Lawrence and 3 sisters Emma, Marie and Martha

To order memorial trees or send flowers to the family in memory of Esther Graf, please visit our flower store.