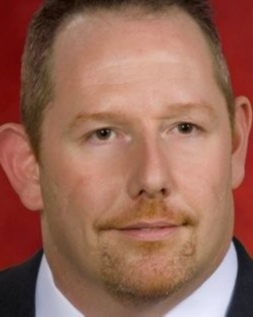 Donnly was born April 10, 1971 at New Rockford, ND, the son of Sigurd Arnold and Delores (Hoyt) Haugland. He attended school at Glenfield/Sutton/McHenry and graduated in 1989. He then attended NDSU and graduated with a degree in Industrial Engineering in 1995.

He enrolled in the Army National Guard and was a member of the 141st Combat Battalion out of Carrington.

He was a member of Trinity Lutheran Church, a NDSU Team Maker and an avid NDSU fan.

He was preceded in death his mother in 2012.

To order memorial trees or send flowers to the family in memory of Donnly Haugland, please visit our flower store.