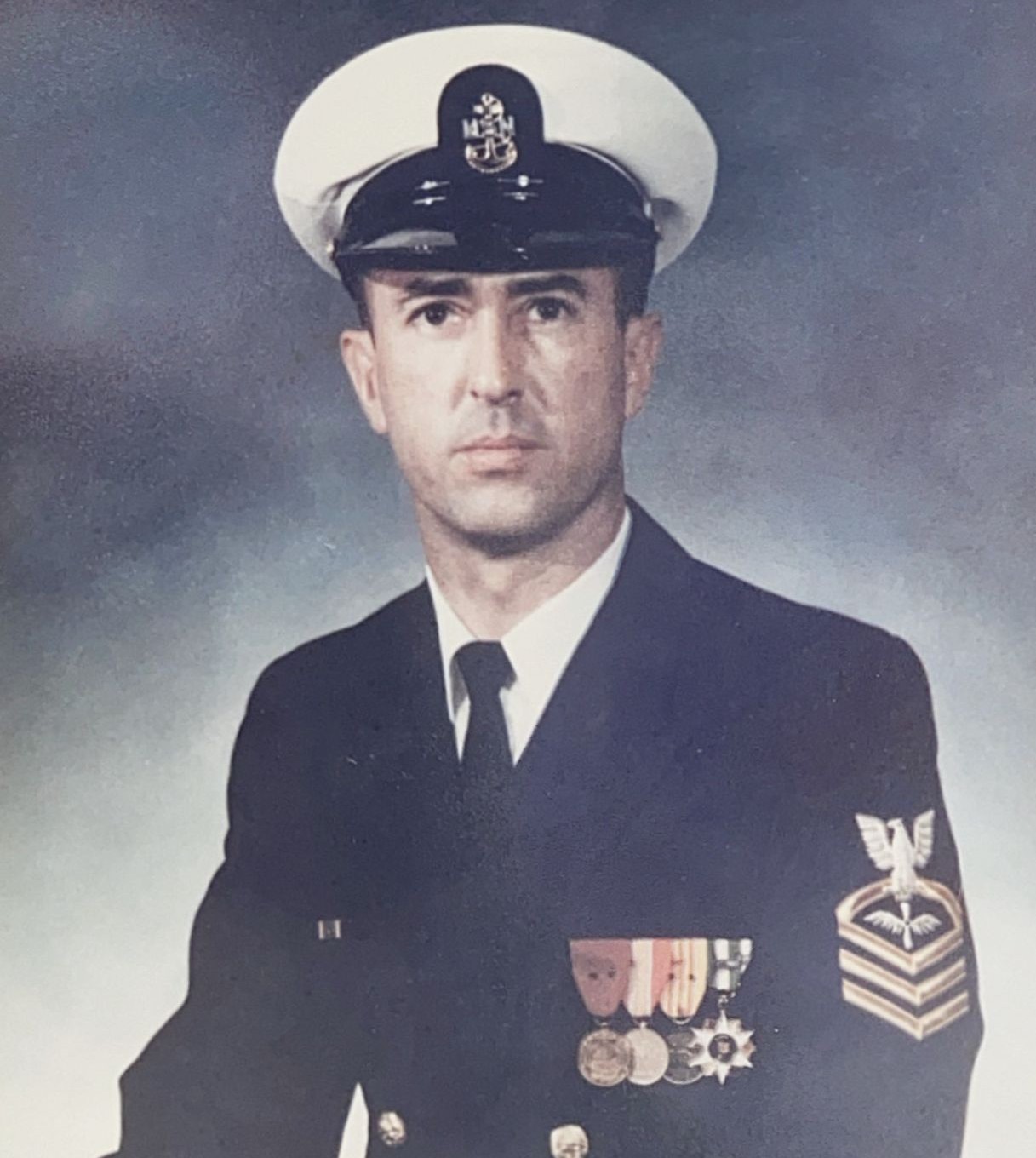 David H. Fields was born July 10, 1938 on the farm near Carrington, ND to Herbert and Hazel (Watson) Fields. He attended school at Longview Number One country school, and at Carrington. He graduated from Jamestown High School in 1957. He was a member of the North Dakota National Guard 188th Armored Field Artillery BTN, Charlie Company during high school. He entered the United States Navy in 1957 at Chicago, IL. He retired in 1976 as a Chief Petty Officer.

He married Eileen Falk on November 25, 1967 at St. Mary’s Catholic Church in Courtenay, ND. They made their home in Glynco, GA, Millington, TN and Virginia Beach, VA while David served his Naval duty. He served two deployments in the Gulf of Tonkin-Combat Action-in the Vietnam War from 1964 through 1966. Among his military career awards are the Vietnam Service Medal, The Republic of Vietnam Campaign Medal with Device, and The Navy Unit Commendation. He had over 2000 formal classroom hours in Naval Aviation Schools. He served in both the Pacific and Atlantic Naval Air Force aboard several aircraft carriers and land-based squadrons in the US and overseas. He served in Navy flight crews, and as a highly trained Aircraft Technician and Aircraft Maintenance Manager including Squadron Aircraft Division Chief aboard the aircraft carrier. He last served on the staff of the Naval Air Force Atlantic Fleet Headquarters in Norfolk, VA from 1974-1976. He was a graduate of the Chief Petty Officers Academy, Pensacola, FL, and North Dakota State College of Science. He worked for the US Defense Logistics Agency from 1979-1993. From 1993-1997, he worked for Delco Defense Systems Operation. He was a life member of the DAV and VFW. He held several chairs in the VFW and was Post Commander of VFW post 760 from 1994-1995. He had held a North Dakota Realtor License and multiline insurance license and was a certified appraiser for HUD Federal Housing Authority. He was a member of St. Paul’s UMC where he served as a board member.

David enjoyed boating, camping, traveling and several pets. He loved airplanes, boats, motorcycles, the outdoors and a good cup of coffee. Many days were spent boating on the James River. After dropping Eileen on shore to fish, he would cruise the river. He was proud of teaching all his children to water ski. He enjoyed taking his family to the Black Hills of SD frequently. He loved to tell his children and grandchildren stories of his Navy days when in Japan he zipped around on his motorcycle, in Italy where he saw St. Peter’s Basilica and on the aircraft carrier in Vietnam when he saw friends leave who never made it back. He traveled extensively to five continents which included the countries of Italy, Australia, Scotland, Japan, Hong Kong, the Philippines, Greece, Spain, France and Germany.

He was honest, hard-working, determined, and stubborn yet compassionate. He was a devoted and kind husband, father and grandfather.

He was preceded in death by his parents, his granddaughter, Isabelle Grube, and his sister, Doris Clark.

Funeral Service will be at 11:00 am on Saturday, November 13, 2021 at Haut Funeral Home in Jamestown, ND with Chaplin Kalen Heller officiating.

To order memorial trees or send flowers to the family in memory of David H. Fields, please visit our flower store.
Send a Sympathy Card