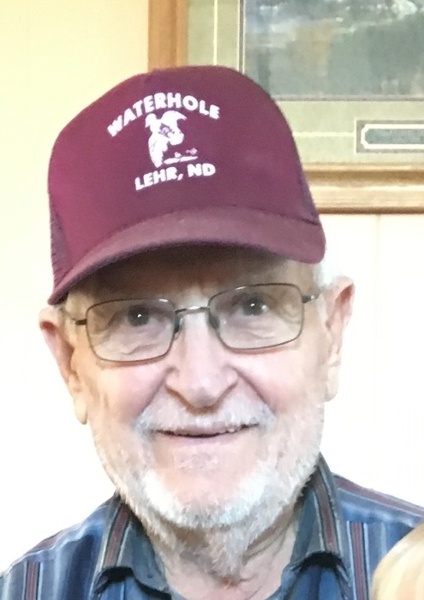 Clayton was born May 9, 1929 at Lehr, ND the son of Theodore and Viola (Kautz) Nagel.  He attended the local elementary school and grew to manhood in the area.  He continued to work on the family farm and drove school bus.

He and Bernice Becker were married April 15, 1948 at Lehr, ND.  They resided in the Lehr area where Clayton continued to farm while raising thoroughbred horses in the fall months.  In 1979 he sold the farm to his kids and took up raising horses full time.

He and Machelle ‘Marcy’ Girard were married January 13, 1989 at Grand Island, NE.  They made their home in Grand Island where Clayton continued to raise and race thoroughbreds through 2000.  In 1998 they moved back to Lehr, ND and purchased the bar; they have continued to reside in Lehr.

Clayton enjoyed the time that he spent with his many friends; most of all he was glad when he could enjoy a Clamato beer with Randy, play cards with Eldon, and enjoy a wonderful dinner with his dear friend Chauncey.  He always looked forward to drives in the country especially when Butch and Gus would be along.  He was also a board member for the City of Lehr and the Mayor.

He was preceded in death by his parents, first wife, 1 child, 3 brothers and 1 sister.

To order memorial trees or send flowers to the family in memory of Clayton Nagel, please visit our flower store.