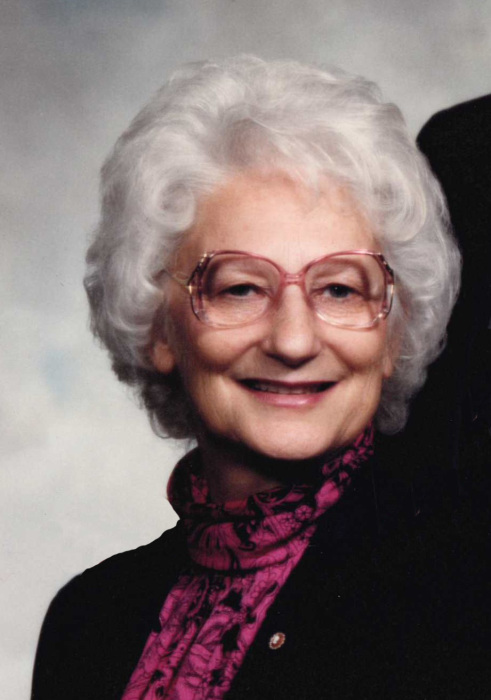 She was born September 5, 1932 to Benjamin and Emma (Morlock) Gunst in Medina, ND, the oldest of 8 children. She attended school in Medina, and prior to her marriage, worked at the Medina Post Office.

On July 2, 1952 she married Lawrence Beck in Jamestown, ND, and made their home on Lawrence’s family farm near Woodworth. In 1960 they moved to Jamestown, where Lawrence worked at various places before beginning his own business, Beck’s Tool Rental in 1968. During that time, Alvina worked at the A&W Drive-In, and then began her long career at The Fair Store in downtown Jamestown.

Lawrence and Alvina had family in several states, so over the years they took trips to Alaska, Washington, California and Michigan. In the early 1980s they began to spend the winters in Arizona, and purchased a home at the Roadrunner Lake Resort in Scottsdale. When there, they would go on rock-hounding trips and participate in various events at the park.

After Lawrence passed away in 1992, Alvina continued to go to Arizona in the winter and participate in the many activities.

When she returned in the spring, she would go with friends on “mystery trips”. She took a trip to Hawaii with her sisters, and a road trip with her sisters to South Dakota to visit relatives and to see Mount Rushmore.

She was preceded in death by her parents, husband Lawrence, one brother, three brothers-in-law, and one sister-in-law.

Memorial Service will be at 11:00 AM Friday October 15, 2021 in the Haut Funeral Home and Celebration of Life Center in Jamestown, ND.

To order memorial trees or send flowers to the family in memory of Alvina Beck, please visit our flower store.
Send a Sympathy Card