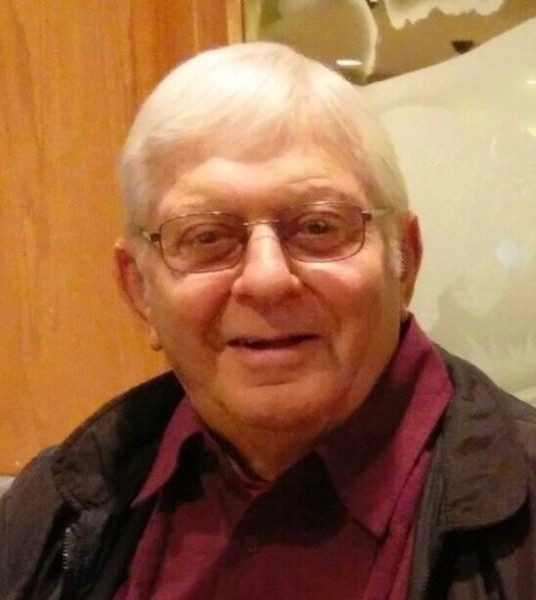 Albin E. Schlenker, 85, Alfred, ND died on Sunday, March 13, 2022 at the Eventide Care Center in Jamestown, where he spent a short time on hospice care. For the last two months of his life, he was surrounded by his family, who took turns assisting in his care and spending precious time with him.

Albin Eldo Schlenker was born in Jud, ND on September 7, 1936, to Theodore and Anna (Elhard) Schlenker. He attended school in Jud and Alfred, ND. In the summer of 1955, he married Clara (Miller) daughter of Fred and Maria Miller of Gackle, ND.

Albin and Clara farmed throughout their entire marriage. They rented two different farmsteads before purchasing the farm where they lived until their retirement. Their first home was located 1 mile North of Alfred. While living there, they had two daughters, Pamela and Cheryl. Their second home was 3 miles N.W. of Alfred. While living there, they had two more children, Mark and Lori. In 1960, they purchased a farmstead 1 mile east of Alfred. The two youngest children, Lisa and Sonja, were born while living at this home. Clara said, “Thank God we didn’t have to move anymore because we had two children every time we did”. Of course, Sonja jokes that her parents stopped having children after she was born because they “finally got one they liked”.

Albin and Clara lived on this farm for almost 60 years. They milked cows, raised beef cattle and chickens, had a few horses and farmed small grains, sunflowers, corn and soybeans. They moved to Eventide apartments in Jamestown in 2019 after Albin finally decided it was time to retire. Their son, Mark, and their grandson, Ryan, are carrying on the Schlenker Farms legacy. Ryan and his wife, Maranda, currently live on the family farmstead for which Albin was very grateful.

Albin was an active member and attended church regularly at the Church of God (Seventh Day) in Alfred, ND. He served on the Glenn Township board of LaMoure County for 55 years. He also served on the Board of Directors for the Farmers Home Administration and the North Dakota Farmers Mutual Insurance Company, both in LaMoure, ND. Albin was chosen for inclusion in the 21st Edition of “Who’s Who in the Midwest” as an outstanding farmer and community leader in that region. Albin was a farmer at heart and rarely relaxed. He didn’t have many hobbies, but he enjoyed snowmobiling and looked forward to spending a couple of weeks a year in West Yellowstone, MT with friends and family many winters. He and Clara also loved traveling throughout the U.S. in their motor home. They visited friends and family along the west coast and enjoyed Florida and Arizona.

Albin was a man of few words, but when he did have something to say, people generally listened. He was a leader and forward thinker, which contributed to his success in farming. He was a man of physical strength and a steadfast, determined presence of mind. He was also quietly generous. He volunteered his time and farm equipment to the community and farmers in need, gave money and assistance to help many strangers during his travels and gave financial support to people, families and organizations in ways we may never know. He loved being with his children and grandchildren and “life on the farm” will forever be a part of the Schlenker family memories.

Per Albin’s wishes, a memorial service for immediate family will be held in the spring.

To order memorial trees or send flowers to the family in memory of Albin E. Schlenker, please visit our flower store.