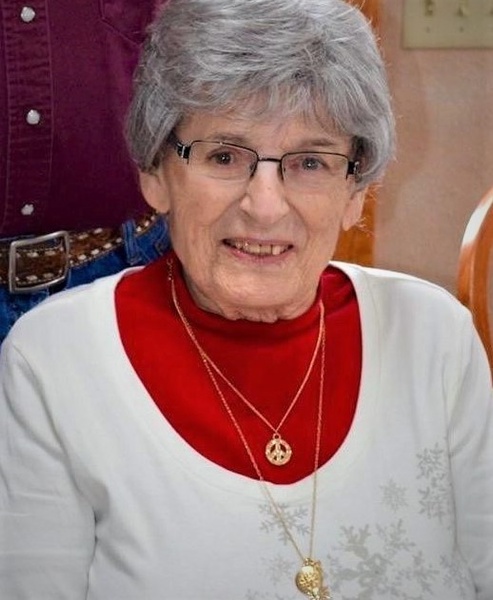 She and Jake were avid fishermen, spent many years attending races at Jamestown Speedway and were members of the Eagles Club.  She and Jake were lifelong congregants of the McCoy Radio Ministries.

Following Jake’s passing in 1999, Vi resided in North Dakota and Michigan.  While in Jamestown, Vi lived with her best friend and brother, Raymond Eberhardt;  where she became another Grandma to the extended Eberhardt family. Vi lived in Portage, MI with her daughter Janice.

She was preceded in death by her parents, Jacob and Lizzie Eberhardt, by her siblings: Roland, Raymond, Albert and Donald Eberhardt, Lorraine Brooks and Edna Anderson, and by her husband Jacob Stickel and their children: Renae Stickel and Janice Spaulding

Visitation- 1 hour before the service at the funeral home.

In lieu of flowers, donations can be made to Ave Maria Village of Jamestown.

To order memorial trees or send flowers to the family in memory of Viola 'Vi' Stickel, please visit our flower store.