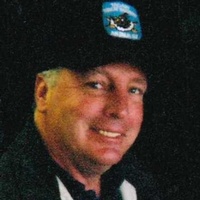 Tom was born January 17, 1953 in Jamestown, ND the fourth of six children to Fred and Esther (Weidler) Steffan. He received his education in Jamestown and graduated in 1971 from Jamestown High School. He attended the University of North Dakota and graduated in 1975 with a degree in accounting. He returned to Jamestown to work for a family business, Nodak Block, where he was dedicated and hardworking, rarely missing a day in over 37 years. He retired in 2013. While at UND he met Patti Carlson, they were married in 1979 and were blessed with 3 children whom he loved very much. He was quick to start up a board game or round of basketball in the driveway, baseball, football or soccer in the yard at the lake and attended his children’s sporting events with enthusiasm.

During his time at UND he became an avid UND hockey fan. He thoroughly enjoyed watching hockey games with his family and his most treasured possessions were the Fighting Sioux hats and clothing he received from his children over the years. GO SIOUX! His favorite place to be was his family cabin where he spent many happy days with his family, friends and neighbors whether boating, swimming, jumping off the dock or just sitting and watching the water. In recent years he also enjoyed reading, listening to Twins baseball and holding or playing with his three grandsons.

A memorial service will be held at Haut Funeral Home in Jamestown, ND at 11:00 a.m. on Saturday September 23rd with gathering of friends and family to follow at the Steffan family cabin on the Jamestown Reservoir.