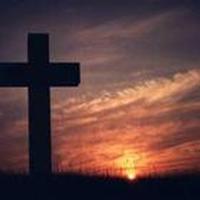 He and Debbie (White) Schnackenberg were joined in a hand-fasting ceremony on October 14, 2011. Orion was a bigger than life kind of guy, who enjoyed and lived his life to the fullest degree possible. He had a degree in mortuary science and reconstructive art, of which he enjoyed, but the job he had that he enjoyed the most was when he was a projectionist for movie theaters. He was retired due to a disability.

He was an avowed "geek", loving his fantasy & gaming, comic books, the super heroes, sci-fi, and watching movies. He enjoyed fishing and he had a love for feeding the squirrels (they even had names) and the birds. He was an advocate for all wildlife; the wolves and white whales, in particular. And we can't forget the Denver Broncos!

He felt a person should learn something new every day and he challenged himself to do so.

An evening potluck/tailgate style affair Celebrating Orion's life and sharing of memories will be on Friday, August 28th starting at 6 pm, lakeside at Parkhurst on Pipestem. BYO chairs, eating utensils and drinks and, in his honor and if you have any, consider wearing "geek" or Bronco clothing. All who knew him will be welcomed.

In case of rain the Celebration of life will be held at Maranatha, 223 - 1st Ave So. (the old Strauss Store building)

To order memorial trees or send flowers to the family in memory of Terry Ray "Orion" Vierling, please visit our flower store.