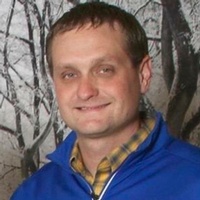 Shawn Ray Eberl, 35, Valley City, ND passed away early Tuesday morning, September 25th, 2018 at his home after a short but courageous battle with cancer. He was surrounded by family, friends, and under the care of hospice.

Shawn was born July 6th, 1983 in Jamestown, ND to Clint and Robin (Hochhalter) Eberl. He had a younger brother Owen Eberl. Shawn attended Jamestown Public Schools and graduated from JHS in 2001. While in school, Shawn took pride in being a Boy Scout and a part of Troop 134. Shawn also enjoyed bowling and working on derby cars. He especially loved hunting and fishing with his father, brother, other family and friends. While in doors he enjoyed spending time in the kitchen cooking with his mother. Shawn was an active member of the First United Methodist Church in Jamestown. He was also a member of the Bell Choir for several years.

Shawn graduated from ND State College of Science in Wahpeton with an Associate Degree in Civil Engineering and Surveying Technology. After college, he moved to Bismarck, ND where he was employed by Burleigh County Highway Department as an engineering tech. He went on to work for the City of Bismarck then later for Dakota RM.

In 2014, he started working for RTS Shearing and Scherbenske Inc. in Jamestown. At the time of his passing, Shawn was the Superintendent for the Dirt Work Division. Here he flourished with his talents and became part of a second family. Shawn loved his job and everyone he worked with. Shawn had a knack for bringing the best out of people. He was a genuinely caring man and would be the first to lend a hand to anyone in need. During his spare time, he enjoyed spending time with his family, friends, and always made sure Sundays were spent with his girlfriend Melissa, and her daughter Maddy.

He was preceded in death by his paternal grandmother, Lucille Eberl and one aunt, Malaine Eberl.