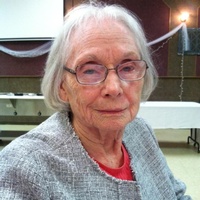 They lived near Emerson, ND. When Rosemary was one, the family moved to Bovey, MN and when she was 3 they moved to Michigan. They lived in the cities of Webberville, Clawson and Birmingham.

In February of 1947 the family returned to ND and settled in Dunn Center. Rosemary graduated from the Dunn Center High School in 1948; following her graduation she passed her teachers exam. She taught school in the Iota District from 1948-1949. She then attended Dickinson State Teachers College for 5 quarters until 1950. She taught in Hope School #2 from 1950-1951. While she was teaching, she stayed at the home of Henry and Betty Eckelberg and met Henry’s brother Walter. When she first saw him he was covered in grease.

Rosemary was very proud to have been a teacher and placed a priority on education, especially reading and writing. Later in Life she was involved as a volunteer reading program at Killdeer elementary school. She loved many things, including bird-watching, cake decorating, gardening, parades and all things art and culture. Her sketches and oil paintings are treasured works. She could turn a pile of twigs into a beautiful arrangement. She was quite proud of her seamstress skills and was particularly proud of the suits she made for Walter and the boys for Gayle’s wedding. Her biggest joy in life was singing, especially in harmony with her siblings. This talent stayed with her all her life even though the lyrics became a little foggy and the voice not as strong.

She was preceded in death by her parents, husband, 2 brothers, John and Charles and 1 sister Gloria Reed.

No services will be held at this time.

It was Rosemary’s wish that her body be donated to the Anatomical Gift program at the UND in Grand Forks, ND

To order memorial trees or send flowers to the family in memory of Rosemary Louise Eckelberg, please visit our flower store.
Send a Sympathy Card