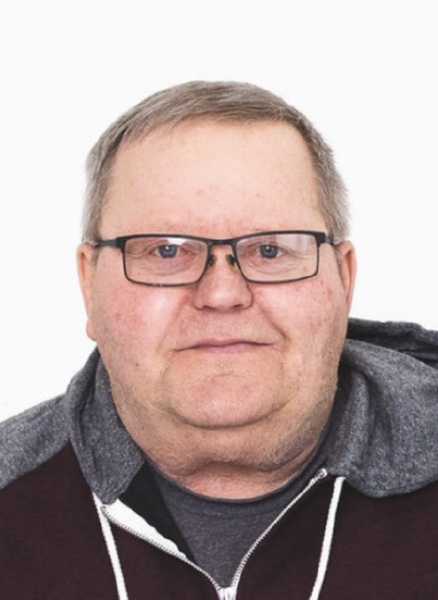 Ron was born June 20, 1953 the son of Claude and Alice (Hanson) Simmons at Drayton, ND.  He grew to manhood in the area and attended Park River School; after school he began his career of truck driving, hauling gravel and beets.

He and Becky Karol were married August 4, 1984 at Pembina, ND; they made their home in Drayton, ND.  They moved to Jamestown in 1987 where he continued to drive truck.  In 1989 he started working for Mayer Truck Line in Jamestown until his retirement is 2012.  Over the years Ron received multiple Million Mile Awards from the Truck Driving Hall of Fame for being accident-free.

Ron enjoyed spending most of his time with his family.  He also loved to hunt, fish, and have a cup of coffee with his men’s group ‘breakfast club’.

Ron is survived by his wife; 3 children, Ramie, Jaydon and Abbie, all from Jamestown, ND; 2 grandchildren, Sayble and Iverson; 1 sister Sue (Doug); and 1 sister-in-law, Fran.

He was preceded in death by his parents, brother, Larry and sister, Sharon.

To order memorial trees or send flowers to the family in memory of Ronald Simmons, please visit our flower store.