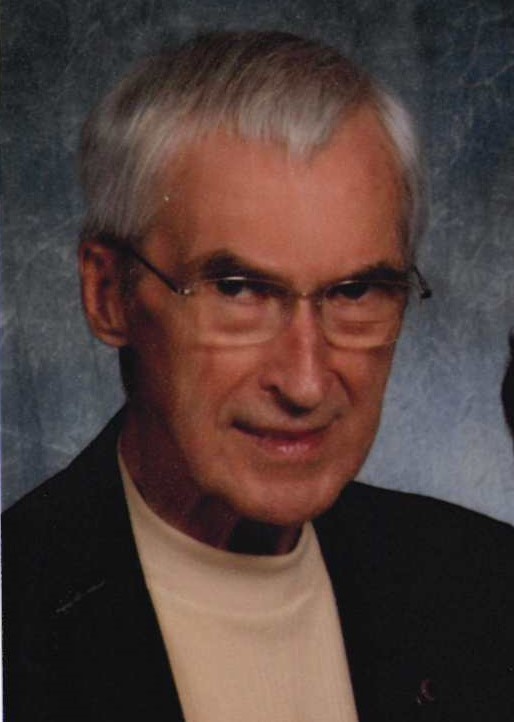 Roger was born June 3, 1938 near Fredonia, ND, the son of David and Martha (Fregien) Maier. He attended rural school and graduated from high school via correspondence. He then attended the Post Graduate School of Nursing in Chicago where he completed the studies to be a practical nurse.

He worked in several hospitals in the area. It was while working at the Gackle Hospital that he met his future wife.

He and Esther Muller were married on June 30, 1968. They continued to live in Gackle for 2 years before moving to Wishek, which has been his home for 52 years. He continued to work at the Wishek Nursing Home and the Linton Hospital until his own ill health force him to retire. He was also the caretaker of the Haut Funeral Home in Wishek and at times assisted with funerals.

Roger was a member of St. Luke’s Lutheran Church where he enjoyed singing with the Men’s Chorus and the church choir. He was an active member of Jaycees back in the day. He was also proud to be a Lion’s Club member. Roger volunteered his time to helping at blood drives and the Lehr Food Pantry. He liked to help others by driving them to appointments and also with home health care. Roger greatly enjoyed Saturday morning breakfasts with Arndt, Oscar and Warny. They scoped out various cafes to see who had the best pancakes or breakfast sausage or caramel rolls!

His caregiving skills were to be admired, after a 16-year battle with Parkinson’s disease, he won the war when God called him home.

He was preceded in death by his parents and 1 brother-in-law, Elmer Brosy.

There will be a Private Memorial Service for family and close friends.

To order memorial trees or send flowers to the family in memory of Roger Maier, please visit our flower store.