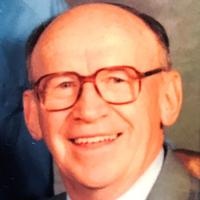 He met his wife, Esther, when he returned to North Dakota after serving in the Korean War. Robert was an auto body technician, sang in his church choir, and volunteered with individuals with intellectual and developmental disabilities.

Robert is preceded in death by his wife of 63 years, Esther; his parents; his brothers Art, Gene, Grant, and Dan; his sisters, Esther Aipperspach and Edna Feagan; and his son-in-law, Lewis McNeil.

Esther's burial will also take place at this time.

To order memorial trees or send flowers to the family in memory of Robert Unruh, please visit our flower store.