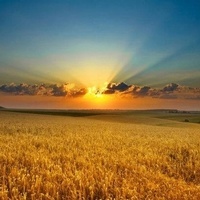 Richard was born December 31, 1941 on the family farm near Alfred, ND, the son of Alexander (Alex) and Agnes (Peggy) (Dufloth) Henne. He attended school at Alfred and graduated from Gackle High School in 1959.

He and Shirley Geist were married December 16, 1960 at Jamestown, ND. They made their home on the farm where he helped his father until 1974 when Alex retired. He and Shirley have continued to reside on the farm.

He was a member of Gackle Fire District Board, the Gackle Co-op, and played in many bands over the years. His favorite pass time was reading, watching football and basketball, and hunting.

He was preceded in death by his parents and 1 sister, Dorothy.

To order memorial trees or send flowers to the family in memory of Richard &#39;Rich&#39; Henne, please visit our flower store.