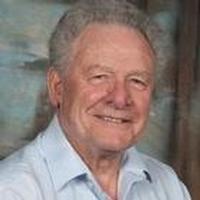 Richard Heinert was born March 22, 1940 at Dickinson, ND, the son of John Heinert and Rose (Meier) Heinert. He received his elementary education and graduated from Taylor High. He then attended Dickinson State College and later received a Master's Degree in Education at the University of North Dakota in Grand Forks, ND.

He and Jean Eckroth were married June 6, 1964 at Mandan, ND. They made their home in Ray, ND where he taught school. They then moved to Williston, ND where he taught for many years before getting into the Insurance business. Following the death of his wife in 1999 he continued to reside in Williston. He sold long-term care and life insurance until he retired. He and Annette Meyer where married in 2000 at Janesville, Wisconsin. They made their home in Janesville until 2012 when he returned to North Dakota to live in Jamestown.

He was a member of St. Joseph's Catholic Church in Williston. He was very active in the Knights of Columbus helping out with activities. He attended the Basilica of St. James. He also helped with Vacation Bible School in Jamestown.

He was preceded in death by his parents, wives and two sisters, Elsie Heinert and Isabelle (Bill) Wares

Memorial Service will be at 2:30 PM Monday October 20, 2014 in the Basilica of St. James in Jamestown, ND with Monsignor Jeffrey Wald, presiding.

To order memorial trees or send flowers to the family in memory of Richard Heinert, please visit our flower store.
Send a Sympathy Card