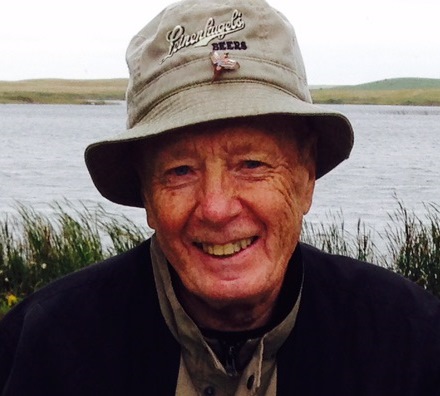 Richard was born October 29, 1940 at Fosston, MN the son of Lester and Julia (Storrusten) Larson.  He received his elementary education in the Fosston area and part of his high school education in East Grand Forks.

Dick enlisted in the US Navy in December 1958 and served for 4 years. He was very proud of his service with the US Navy, and thankfully in return for his Service he received the very best of care from the Fargo VA Hospital.  Upon discharge from the Navy he attended Interstate Business College for 2 years, graduating with a business degree.

He began his career in banking in April of 1965 until he retired in 2001.  He married Doreen Diede on August 21, 1965 in Fargo, ND at the Congregational Church.  They had 3 sons, Steven, Thomas, and Mitchell.  The two made their home in Fargo for 4 years, in Virginia, MN for a little over 7 years and then in Jamestown, ND for 43 years. Dick just recently moved to Valley City.

He was a member of the Presbyterian Church and had served as an Elder and Church treasurer.  He was a member of the American Legion, Eagles, and B.P.O. Elks.  He was also active in the Kiwanis’s organization before he retired.  Dick enjoyed fishing and hunting, especially with his sons and great family friend Blaise Johnson.  He was a very avid fan of all Minnesota Sports Teams, and enjoyed playing Pinochle with friends.  He watched hunting and fishing shows on TV as well as old war movies.

He was preceded in death by his parents; brother Dean; 2 sisters Louise and Jean; and an infant granddaughter, Ivy Grace.

In Lieu of Flowers the family requests memorials to Fargo Veterans Hospital Palliative/Hospice Care (link below).

To order memorial trees or send flowers to the family in memory of Richard 'Dick' Larson, please visit our flower store.
Send a Sympathy Card