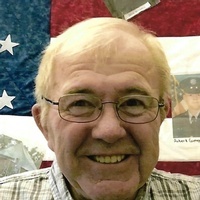 Dick was born November 28, 1946 in Breckenridge, MN the son of Joseph Dauer and Mary Dauer-Heaton. He graduated from high school in Breckenridge, MN in 1964. He served in the US Army from 1964 to 1967. He had basic training in Fort Leonard Wood, MO He was also stationed at Aberdeen, Maryland; Fort Hood, TX; Camp Peterson Korea; and Fort Sill, OK. After returning to Breckenridge he worked for Twin City Roofing, Al’s Truck Stop and Holiday Station store. He attended SSS from 1967-1969. A blind date with Judy Willson from Leal, ND on June 13, 1967 led to their marriage on March 9, 1968. They lived in Forest Lake, Scandia, and Long Prairie, MN from 1969-1977 while working for AA Johnson Tool Company. Their son Larry was born in 1969 in Forest Lake. In 1977 they moved to Fargo where Dick worked at Versatile. Their daughter Amy was born in Fargo in 1977. In 1978 they moved to Jamestown where Dick worked at Western Gear (UTC). In the fall of 1978 Dick and Judy started Dauer’s Parking Lot Sweeping Service and Painting. In April 1979 they started Dauer’s Trophies and Sportswear in their basement. In 1983 they moved their business to its present location. From 1984-1987 they also had Dauer’s Furniture on the Side.

Dick was diagnosed with Alzheimer’s in Nov. 2015, not having many signs until 2017. On August 12, 2017 he entered Ave Maria, and has been there since. He was found to have NPH (Normal Pressure Hydrocephalous) and had surgery to put in a shunt on Dec. 14th, 2017. This turned his life around and he hoped to be home before March to celebrate their 50th Anniversary on March 9th. But on Jan. 3rd he fell with injuries leading to his death.

Over the years Dick was a member of the Jaycees, Optimists, Classic Car Club, and First United Methodist Church. Dancing was not his strong suite—so he made up for it with cars, playing cards, casino’s, working, and spending time with grandchildren. He loved to laugh, smile, and eat prime rib and crablegs!

He was preceded in death by his parents Joseph and Mary; in-laws Merrill and Adeline Willson; Brother in-law Ed Grammond; and grandson Brent Isaac Hoffman.

Funeral Service will be at 2:30 PM Saturday February 3, 2018 in the First United Methodist Church in Jamestown, ND with Rev. Elmo Herman, pastor officiating.

Prayer Service will be at 7:00 PM Friday at the Funeral Home.

Interment will be made in the Highland Home Cemetery, Jamestown, ND