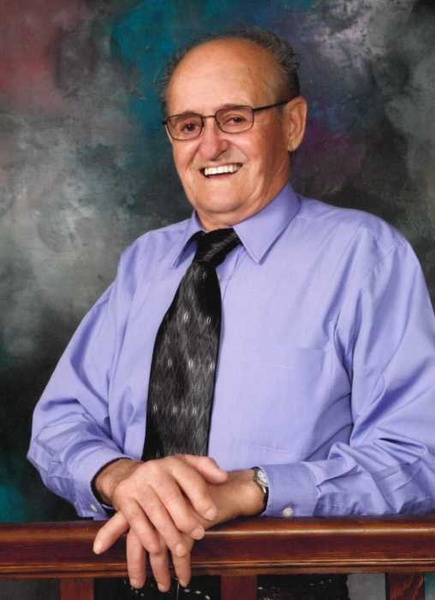 Ray was born October 25, 1931 at Alfred, ND, the son of Jacob and Elizabeth (Stiehr) Eberhardt. He attended the local rural school in Deer Lake Township where he received his elementary education and grew to manhood in the area.  He entered the United States Army Dec. 3, 1952 at Fargo, ND.   He was discharged March 31, 1953 at Fort Riley, KS with the rank of PVT.

He and DeLoris DeWald were married June 4, 1956 at Jamestown, ND. They made their home on his parent’s farm near Windsor, ND until 1958 when they moved into Jamestown. He worked at the Jamestown Stockyards. In 1961 he went to work for Northern Improvement as a heavy equipment operator.  He worked there for 50 years, retiring in 2011. Following the death of his wife March 15, 2005, he continued to live in Jamestown.

Ray was a member of St. John’s Lutheran Church, the American Legion, Eagles Club, and the Local Operators Union 49’er. He liked watching Wrestling, the RFD Channel, gardening and his flowers. He also enjoyed polka music, playing pinochle and smear. His favorite times though were tinkering in the garage and going to auction sales.

Ray was preceded in death by his parents, his wife, 3 brothers and 2 sisters.

To order memorial trees or send flowers to the family in memory of Raymond Eberhardt, please visit our flower store.