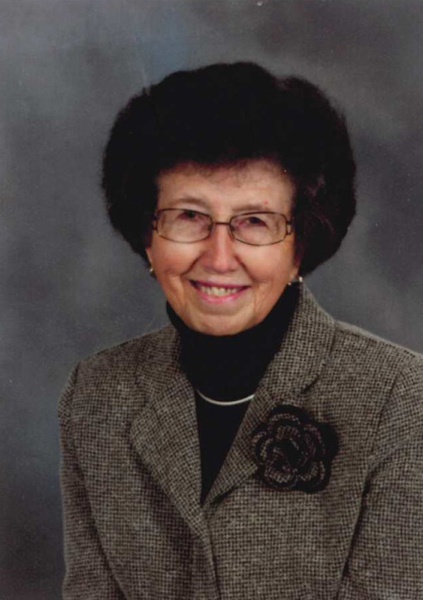 Ramona Brandner was born March 25, 1937 in McPherson County SD to Welentina (Tina) Walker and Edward Brandner. Her Dad died August 14, 1942. Following his death, Ramona and her Mom lived with Albert and Pauline Brandner for one year. In 1943, they moved to Ashley, ND where Ramona started school. She graduated from Ashley High School in 1955. Following her graduation, she worked in the clerk of courts office at the McIntosh County Court House until 1960.

On September 30, 1960 she was united in marriage to Leo Kirschenmann and moved to the family farm Southwest of Streeter, ND. They farmed until Leo’s death on January 11, 1997. Ramona continued living on the family farm until 2014. In April of 2014, she moved into an apartment in Jamestown. Ramona transitioned to Eventide Assisted Living in 2018 and to Eventide Skilled Care in 2019.

Ramona enjoyed making cards for family and friends. She also loved cooking “German food”, and every one enjoyed eating it. In her later years, she found a new passion cheering for the Bison, Vikings, Twins, and Timberwolves.

She was a member of First Assembly in Jamestown, ND. She did volunteer work at the church office and spent many of her Sunday afternoons visiting people at Rock of Ages, Eventide, and Ave Maria. Faith, Church, and Family were a big part of her life.

She is preceded in death by her husband, Leo, parents, Tina, Edward, and step father, Willie and sister Doreen.

To order memorial trees or send flowers to the family in memory of Ramona Kirschenmann, please visit our flower store.