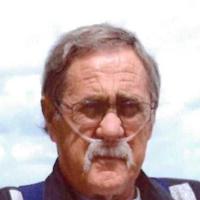 He and Pam Cumber where married Oct. 30, 1981. He worked for various trucking companies as a driver. He started working for Mayer Truck line in 1999. He and Pam where remarried September 22, 2000. He continued to drive for Mayer until 2006 when he retired.

He was preceded in death by his parents, 1 brother-in-law, Bruce, 2 nieces Heather and Monica and his mother-in-law, Marlene Cumber.

A Celebration of Life will take place this summer in Newburg, ND.

Burial will take place at a later date in the ND Veterans Cemetery, Mandan, ND.

Arrangements are by the Haut Funeral Homes, Jamestown, ND.

To order memorial trees or send flowers to the family in memory of Myron Schepp of Jamestown, North Dakota, please visit our flower store.