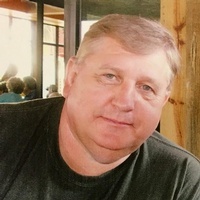 Michael was born December 22, 1951, in Jamestown, ND the son of the late Clara Ost and Richard Rott of Crystal Springs, ND where he grew up. Michael graduated from Tappen High School in 1969. He attended the State School of Science in Wahpeton, ND and Valley City State University obtaining an engineering degree. He married Nanette Thornton in 1971, with which he had 3 daughters.

In 1998, Michael met Stacy McDermott in California. They married on Cape Cod, Massachusetts in 2001. They resided in Elk River, MN while also frequently spending time at their cabin in Barrett, MN.

Michael’s talents and work ethic took him from the farmhouse to the CEO seat in the boardroom. He began his illustrious career in the early 1970’s in Jamestown, ND for Western Gear, which later became Lucas Aerospace. He spent much of his 20-plus years with them in leadership roles, which included running facilities in City of Industry, CA; Park City, Utah; and Utica, New York. During the next 25 years, he continued in the manufacturing industry in various leadership and consultative positions. Some of those include consulting for GM in Chicago, Illinois; serving as CEO for TCR Engineered Components in Minneapolis, MN; and as a partner and CEO at Falls Fabricating, in Little Falls, MN. He also owned and operated MDR Industries in Barrett, MN.

Michael was a talented golfer, enjoyed playing guitar, spending time at the lake and was a global traveler.

He is preceded in death by his parents, daughter DaNelle Jo Rott, and Sister Elaine Knuth.

Highland Home Cemetery
To order memorial trees or send flowers to the family in memory of Michael Rott, please visit our flower store.