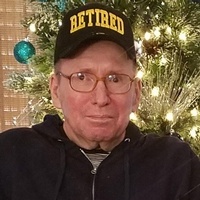 Michael was born October 16, 1955, the son of Bennie and Sylvia (Schock) Hoffer of Streeter, ND. He grew up on the family farm and graduated high school in 1973. He also attended and graduated Bismarck Junior College, and worked at a local car dealership in the parts department where he was well liked.

Later in life, Mike moved to Nebraska where he worked for different farmers, and then enjoyed working for and traveling with the Carnival.

After developing health issues he was admitted to a nursing home in Stewart, NE. In 2010 his family moved him to Villa Maria to be closer to family and friends, where he remained until his passing.

He was preceded in death by his parents, Bennie and Sylvia Hoffer.

Mike’s immediate family would like to express their deepest gratitude for the wonderful care he was given. In lieu of flowers or gifts we are asking memorials be given to Villa Maria, Fargo, ND.