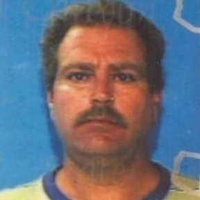 Michael Ervin was born November 10, 1960 the son of Merritt and Diane (Widdis) Ervin at North Ridge, CA. He moved around a lot as he grew up with a father in the Navy mostly living in Florida and other southern states; he graduated from high school and attended some community college.

In 1982, he entered the US Marine corp at San Diego, CA; after he was discharged he raised his family in the area until moving to Arizona in 1996 to help take care of his mom. It was there he became a CNA and later an LPN; he resided there until moving to Jamestown, ND in 2013.

Mike enjoyed his family and family trips also being known as the ‘fun parent’. Animals were a love for him as well throughout his entire life.

He was preceded in death by his mother and one brother, Scott.

No services will be held.

To order memorial trees or send flowers to the family in memory of Michael Ervin, please visit our flower store.