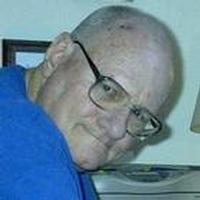 Michael served his country from 1962-1964 in the U.S. Army, most notably as an Office Manager at Fort Bliss, Texas.
Michael later worked various jobs, most notably was an Office Manager, Medical Biller and Accountant at the University of Southern California. He retired from his professional career in 1995 to take care of his mother full time the last five years of her life, showing her love and compassion as she struggled with Dementia!

In 2000 Michael moved to Montpelier, North Dakota and most recently lived in Jamestown, North Dakota. He showed great courage living independently as a double amputee! Michael worked with weights for several months at the VA Hospital in Fargo, North Dakota to build enough upper body strength to fully lift himself and leverage his own body weight!

Michael also did volunteer work for the Fast Times Amputee Newsletter www.fastgroup.org/2014 Fall.pdf. For those who knew Michael well, he will be missed!

To order memorial trees or send flowers to the family in memory of Michael Chamness, please visit our flower store.
Send a Sympathy Card